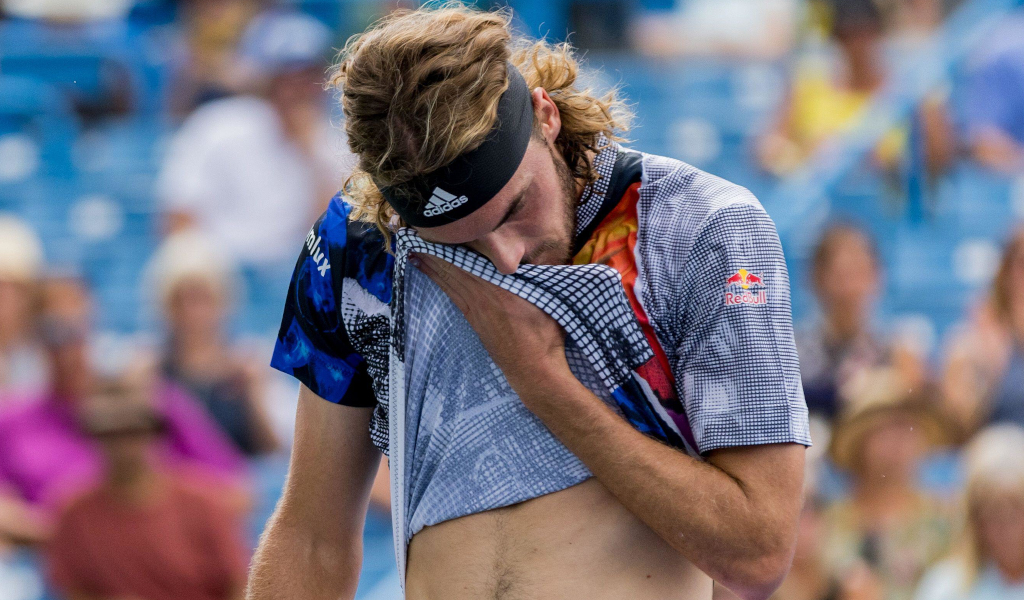 Stefanos Tsitsipas was left scratching his head after he fell away badly during the Western & Southern Open final against Borna Coric, admitting “I don’t have a clear answer”.

The fourth seed was quick out of the blocks as he opened a 4-1 lead over Coric courtesy a break in game two, but he lost his way midway through the opening set and never really recovered and he eventually went down 7-6 (7-0), 6-2 in just under two hours.

After the Croatian drew level in game seven, Tsitsipas failed to take advantage of three break points in the next game and it eventually went to the tie-breaker. Coric, though, “bagelled” the Greek in the tie-breaker.

The world No 152 then broke in games six and eight of the second set to secure his maiden ATP Masters 1000 title.

Tsitispas, though, struggled to come up with answers to the questions posed by Coric during the match, lamenting his inability to capitalise on his fast start to the final.

“I’m still looking for the answer myself. I don’t have a clear answer,” he said. “He was obviously the opposite of what I was, very much involved. Sometimes it makes you not be that much present in the moment when you’re too relaxed.

“I think he was serving well. He was making me move a lot. I could have used my chances in the first set. I don’t know why I didn’t. I rushed a little bit.

“He had a few good returns, and it cost me because that first set could have been very life-changing.”

There was praise for Coric as the former world No 12 enjoyed the best run of his career, taking out second seed Rafael Nadal, ninth seed Cameron Norrie and fourth seed Tsitispas during a dream week in Mason, Ohio.

The Croatian’s win comes on the back of a difficult couple of years struggling with injury and the Greek, who beat world No 1 Daniil Medvedev in the semi-final, explained why Coric was better.

“The less he misses, the more he makes your life difficult,” Tsitsipas said. “He’s like a Daniil Medvedev almost but hitting the ball a bit harder, adding a bit more topspin to the ball, opening the court.

“Basically his ball has a little bit more weight to it when it comes off your strings.”

The Greek still has a week to come up with answers ahead of the US Open where he will be seeded third behind Medvedev, Nadal and Carlos Alcaraz.