Stefanos Tsitsipas reflects on No 1 ranking slipping away: ‘I can reach that spot one day’ 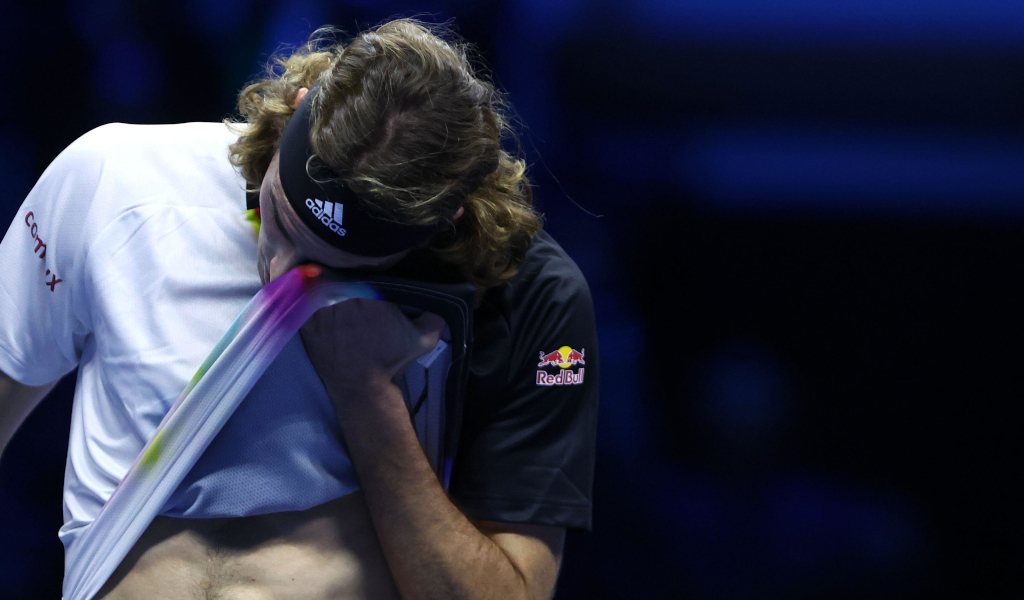 Stefanos Tsitsipas’ hopes of becoming world No 1 for the first time in his career were dashed by Novak Djokovic on Monday with his defeat at the ATP Finals also ending his chances of sitting top of the tree in the season-ending ATP Rankings.

Carlos Alcaraz is currently the man in the driving seat, but Tsitsipas and Rafael Nadal started the ATP Finals in with a chance of overtaking the teenager, who is missing the season-ending showpiece due to injury.

The permutations were clear for the Greek before he had even hit a ball in Italy as he had to win the tournament undefeated.

However, he fell at the first hurdle as he went down 6-4, 7-6 (7-4) against Djokovic in his opening round-robin match at the Pala Alpitour in Turin with Nadal now the only player left who can usurp Alcaraz.

“Look, if I was to play good tennis this week, win all of my matches, for sure I deserve the [No 1] spot. It shows good performance, it shows consistency,” Tsitsipas said after the defeat.

He added: “But it’s not really occupying too much of my mind. I’m kind of excited that I get the opportunity to do something this week that can give me a record, a personal record, and a milestone.”

Had he achieved the feat this week, then he would have become the second player in the Open Era after Marcelo Rios to be world No 1 without winning a Grand Slam.

Tsitsipas, who currently sits at No 3 in the rankings – just 330 points ahead of Casper Ruud, is confident he will one day reach his goal of reaching No 1 in the world.

“I deeply believe that I can reach that spot one day. I’m not really that much in a rush, to be honest,” he said.

“Of course, it would have been better if it happened this week. I am more here for the marathon of all. I see the bigger picture, the longer run. I have a lot of opportunities next year to play some good tennis. If it comes, I’ll be very happy, my country will be very happy and my family will be happy.

“I shouldn’t be obsessing too much about it. I can be happy without it, but of course I will be slightly more fulfilled if it happens in my career.”

2019 ATP Finals champion Tsitsipas will face Daniil Medvedev, who won the event in 2020, in his next match on Wednesday with both looking for their first win in Turin after the Russian went down in three sets against his compatriot Andrey Rublev on Monday.

“Regardless of your ranking in the top eight, you can benefit from winning this event so much in terms of ranking points,” the world No 3 said.

“Everyone, they really want to give it a last push here as much as they can, including me, as well. You’re competing against the best players in the world at this event. I don’t think they’re in this competition accidentally. They’ve earned their spot.”