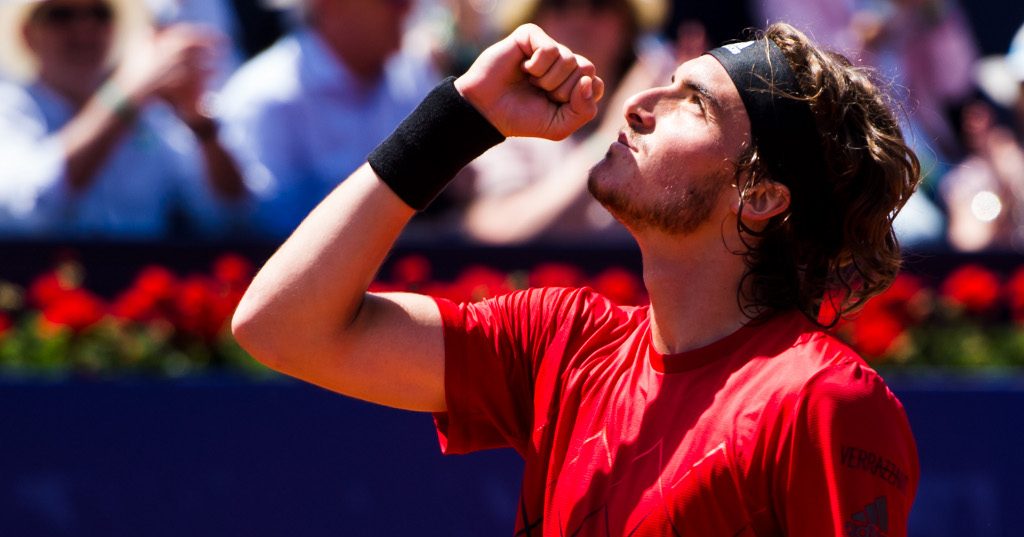 Stefanos Tsitsipas beat Malek Jaziri to progress in Hertogenbosch, but he had to survive a match point to do it.

The 19-year-old Greek lost the first set and was broken early in the second, before came back from 5-2 down in the tiebreak to force a decider.

Veteran Tunisian Jaziri then folded, surrendering the third set to the impressively dogged Tsitsipas, who claimed a 4-6 7-6 6-2 victory.

“It was not easy in the beginning. It took me longer to adjust to the grass. It’s not easy this adjustment from clay to grass,” Tsitsipas said.

“After the frist set, I just managed to pull out my best tennis.”

Tsitsipas will face Richard Gasquet in the quarter-final after he beat Evgeny Donskoy 6-2 6-2.