Taylor Fritz goes from alternate to semi-finalist at ATP Finals: ‘It is huge’ 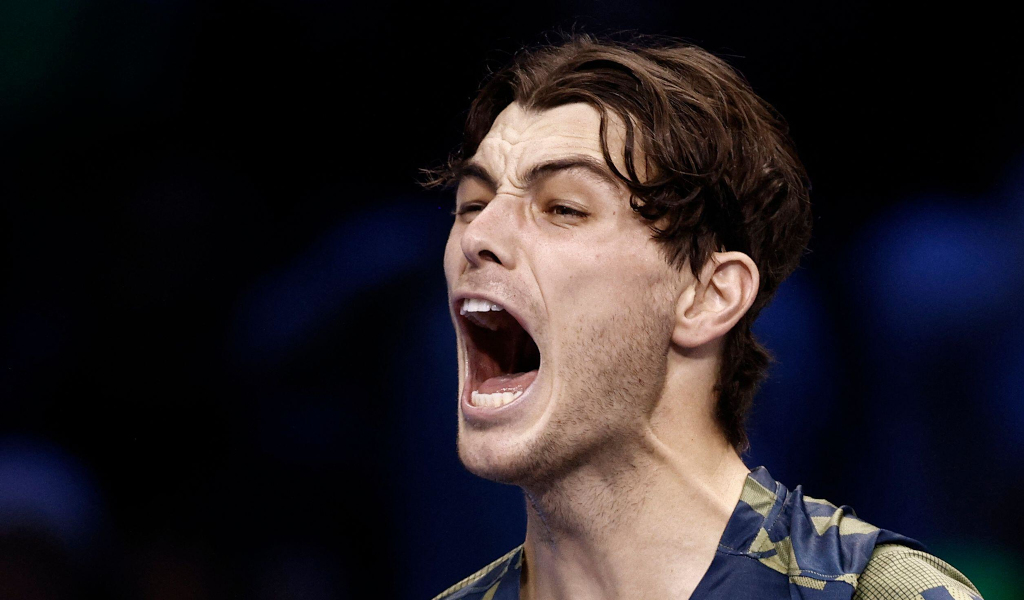 Taylor Fritz is two wins away from becoming the first American in over two decades to win the ATP Finals after booking his place in the semi-finals with a must-win victory over Felix Auger-Aliassime.

With both players notching up wins over Rafael Nadal and losing against Casper Ruud in the Green Group, it was a winner-takes-all clash to join Ruud in the last four.

HERE TO STAY 👊@Taylor_Fritz97 defeats Auger-Aliassime in a marathon 7-6 6-7 6-2 and sets up a semi-final clash with Djokovic!#NittoATPFinals pic.twitter.com/mJ7qzyGR9a

Fritz was not an automatic entrant into the season-ending ATP Finals and he only qualified after world No 1 Carlos Alcaraz withdrew from the tournament due to injury.

Now he is within a shout of becoming the first American since Pete Sampras in 1999 to win the event.

“It is huge. From possibly not even qualifying to now be in the semis feels great,” he said. “I felt like I was going to play well here. I feel that I always play my best tennis against the best players.”

There were no breaks of serve in the opening set with Fritz edging the tie-breaker, but world No 6 Auger-Aliassime reversed the roles during the second-set tie-breaker to take the match to a decider.

The First break of serve in the match came in game six of the third set and the American followed it up with a second to secure the match and his place in the last four.

“I needed to serve well the whole time, I knew that,” Fritz said. “It was frustrating throughout the match when so many points I was one away from break point.

“So many times at 15/30, 0/30 when I was returning, I got myself in the points and kept losing the points. I just tried to stay patient and not get frustrated and then I capitalised when I got the chances.”

Auger-Aliassime felt he made too many “bad choices” when the pressure was on.

“It was a very high-quality match for sure,” the Canadian said. “In the third set, [I made some] bad choices, bad execution some parts.

“Maybe I lost the focus a little bit. The fact that I’m tired, sometimes you don’t feel like you’re tired, but it’s late, you’ve played a lot. I’ve played a long year.”

Only one semi-final spot is still up for grabs for the showpiece tournament in Turin as the winner of Stefanos Tsitsipas and Andrey Rublev will advance from the Red Group alongside Djokovic.