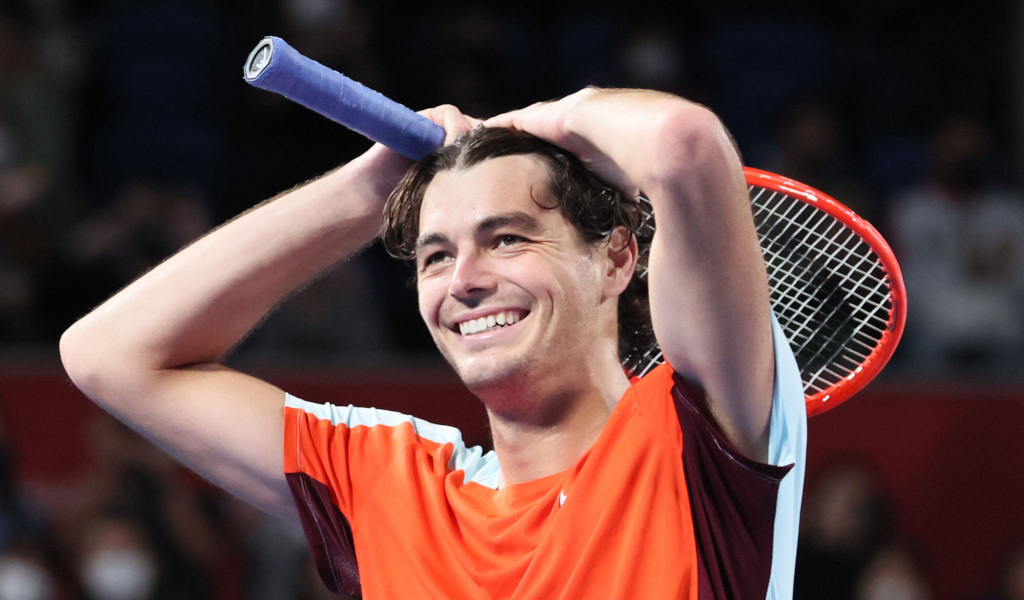 Taylor Fritz started his week in a Covid-19 quarantine hotel in Seoul, but on Sunday he beat close friend Frances Tiafoe to win the Japan Open and give his hopes of qualifying for the ATP Finals a big boost.

The American missed last week’s Korea Open after testing positive for Covid-19 and he was forced to isolate for seven days, meaning he only travelled to Tokyo earlier this week.

He admitted he struggled in the first few matches, but he was the last man standing at the ATP 500 event on Sunday after defeating Tiafoe 7-6 (7-3), 7-6 (7-2) in just under two hours to secure his fourth career title and second of the 2022 season having also won the Indian Wells Masters earlier this year.

Tiafoe had the early advantage as he broke in game three, but his compatriot hit back immediately and, after both players saved a set point, it went to the tie-breaker, which Fritz controlled.

Fritz was on the front foot for most of the second set as Tiafoe saved two break points in the third game and two more in the fifth, but he wasn’t to be denied in the tie-breaker as he dominated.

“[It is] crazy, I don’t even think it’s set in just how fast the last four or five days have been,” he said. “It’s so crazy, and I couldn’t have written it any better.”

He added: “I wanna congratulate Frances on a great week, I mean, he’s been on fire recently, and I had to play my absolute best to beat him today.

“We’ve spent a lot of time together the last couple weeks, he’s one of my really close friends, and I’m sure it’s not going to be the last time we play for a big-timer.”

He became the 10th American to win the title, but it has been a long wait for the United States as he is the first winner from the country since the great Pete Samparas lifted the trophy in 1996.

Fritz moved up to seventh place in the ATP Race to Turin after adding 500 points to his tally to move to 2,885.

“It’s exactly what I needed for the Race [To Turin], for my ranking, to kind of put me in a good position for the end of the year, so it’s amazing,” the 24-year-old said.

Fritz will also move up three places in the ATP Rankings to a new career high of No 8, but he is well of Novak Djokovic in seventh place as the 21-time Grand Slam winner has 3,820 points after winning the Astana Open.

Tiafoe, meanwhile, will climb two spots to a new high of No 17.