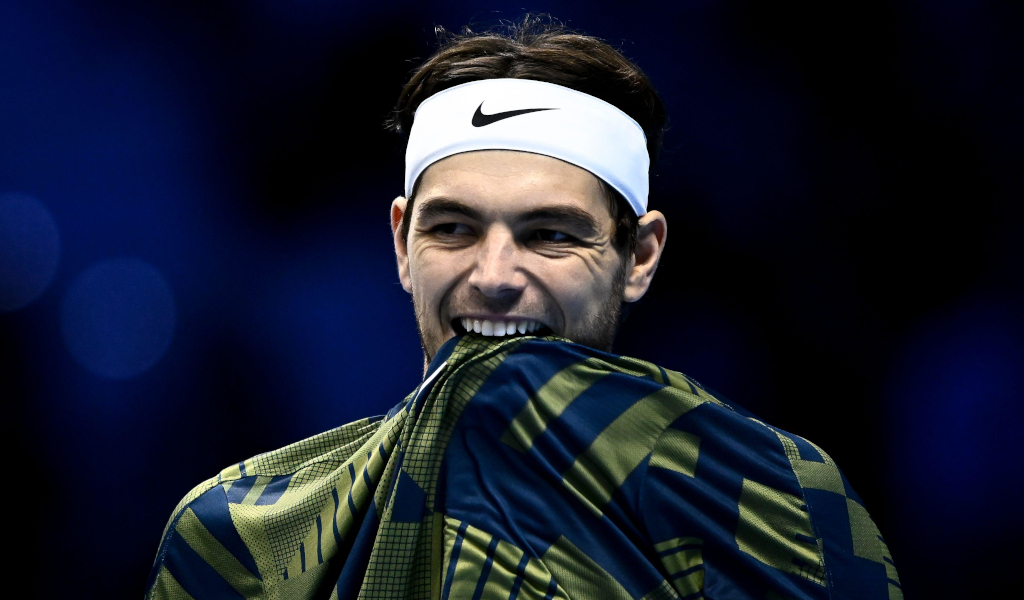 Taylor Fritz has expressed his frustration after he got “screwed over” when a rowdy spectator shouted midway during a point in his ATP Finals defeat to Novak Djokovic.

The duo were slugging it out in the first semi-final on Saturday and Djokovic won the opening set 7-6 (7-5), but Fritz was serving to take it to a decider as the score was 5-4, 30-all in the second set. However, a spectator shouted just as he was about to hit a back-handed shot. The American ended up hitting the ball into the net and he made his frustration known afterwards.

The chair umpire urged spectators to remain quiet during points after the incident, but it came a little too late for Fritz.

Fritz was asked to sum up his feelings about the tournament during the post-match press conference, but he wasn’t in the mood.

There was drama as Taylor Fritz looked to serve out the second set against Djokovic…#NittoATPFinals pic.twitter.com/6HFMJdQFBe

“Now is probably not the best time for me to give a good answer for the reflection of the week because I’m extremely upset about the match, more so about the things that happen in a match that I can’t control,” he said.

“I’m sure in two weeks from now I’ll look back and say ‘yeah it was a really good week’.”

Asked if he was referring to the “inadvertent noise” he replied: “Yeah, the person purposely trying to mess me up, yeah.”

“I kinda got screwed and there’s nothing that really can be done about it. You get used to playing in absolute silence your whole career. It’s normal that the crowd maybe makes a noise when there’s a crazy point going on. You expect it, you’re ready for it.

“But when someone just flat-out screaming just to purposely try and throw you off – it’s not something you’re used to. When it happens, it’s an absolute shock. It’s disgusting.”