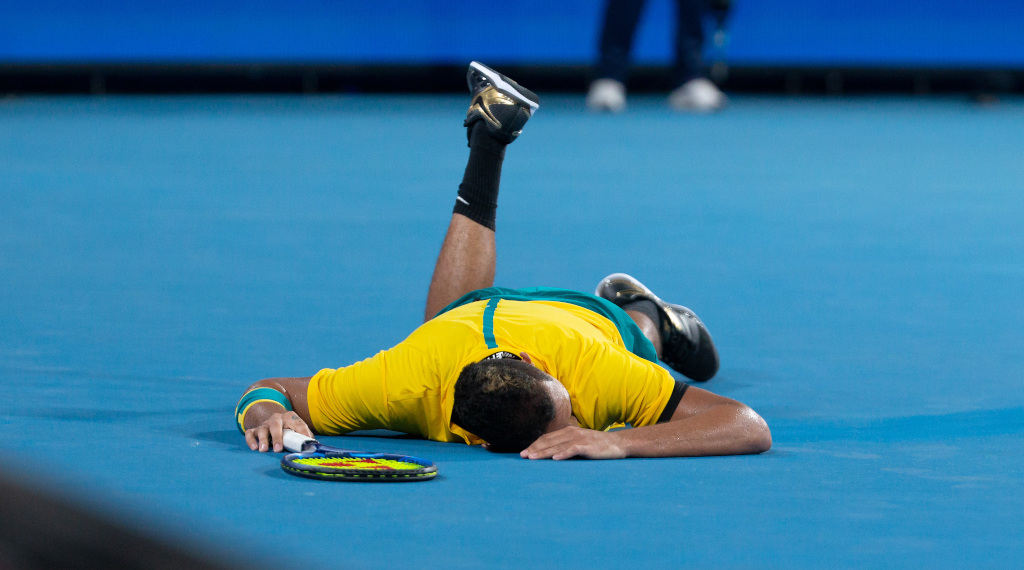 Nick Kyrgios has been on his best behaviour during the ATP Cup, but he admits being part of a team have once again had a positive impact on him as he “finds it hard to get up” when he is “playing for himself”.

The 24-year-old has played a starring role in Australia’s run to the semi-final, but the hosts came up just short against Spain on Saturday as they lost the rubber 2-1 with Kyrgios going down to Roberto Bautista Agut.

Throughout the tournament, Kyrgios has been full of enthusiasm and never came close to losing the plot.

FINAL FOUR! 🇦🇺@NickKyrgios and @alexdeminaur save FOUR match points and send the Aussies to the #ATPCup semis with a 3-6 6-3 18-16 win over Murray and Salisbury. pic.twitter.com/sQYDEb2K7D

He has always been open about the fact that he has struggled for motivation, but that has not been the case at the ATP Cup and he feels it is down to the team environment.

“I don’t know what it is. When I’m playing for myself, I don’t know, I find it hard to get up. My motivation levels are pretty low most of the time,” he said.

“Something about these guys and playing for them brings it out in me. I just love – I’m a team player.

“If I would have, I probably would have had a very different (six) years of my career.”

Australia team captain Lleyton Hewitt has had run-ins with Kyrgios in the past, but for now he has thrown his full support behind the Canberra native.

“That’s the challenge. There are times where you have to ride the wave with him,” he is quoted as saying in the Sydney Morning Herald.

“That’s something he has to learn to deal with. Hopefully he recognises there are ways when we are talking to him at the change of ends and dealing with that, where he can take that into his individual tournaments as well and understand what he needs to do out there.

“Who knows – we all hope as Australians that he can put it all together. For me, though, it’s important to see him doing it and learning from these experiences.”