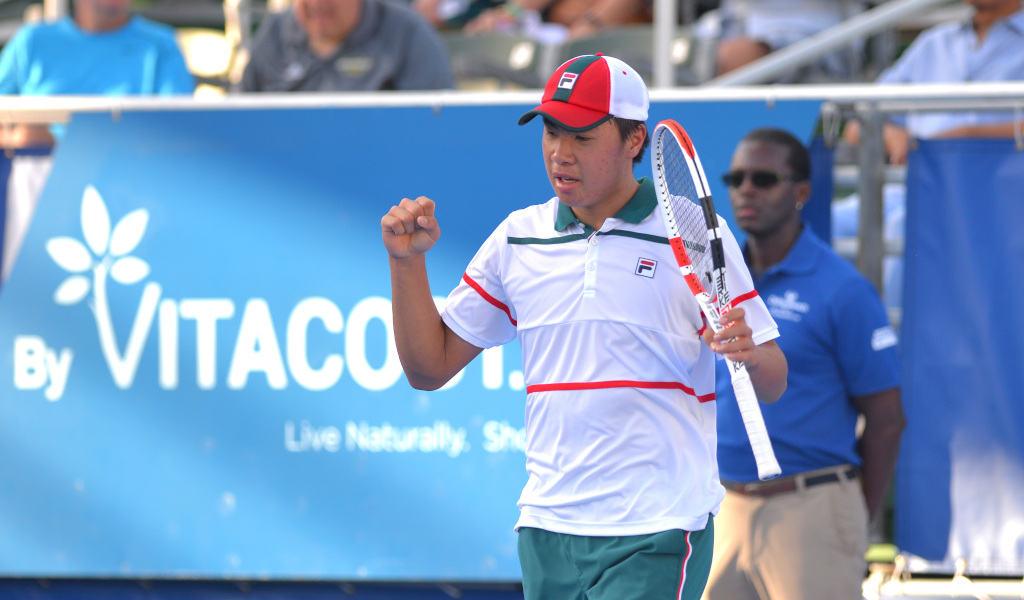 Teenager Brandon Nakashima’s dream run at the Delray Beach Open continues as he upset Cameron Norrie to reach the quarter-final, but top seed Nick Kyrgios won’t feature due to injury.

Playing in his first-ever ATP Tour event, Nakashima beat former world No 35 Jiri Vesely in the first round and then claimed the scalp of British No 2 Norrie in the second round.

The 18-year-old world No 294th from the United States made light work of Norrie, winning 7-5, 6-2 to reach the quarter-final.

An angle of extreme measures…

“I always knew that I had the game to compete with these high-level pros. I just had to have the right opportunities,” Nakashima said.

“I was just hoping to play a good first-round match here, but after winning these two matches, I have a lot of confidence in my game now… Hopefully I can keep it going.”

Next up is Japanese Yoshihito Nishioka, who beat American qualifier Noah Rubin 6-1, 6-2.

Opelka will face Soonwoo Kwon for a place in the semi-final after the South Korean beat American wildcard Ryan Harrison 6-4, 3-6, 7-6 (7-0).

There is no Kyrgios in the draw as the Australian withdrew earlier this week due to injury, but he was initially expected to feature in the doubles alongside Jordan Thompson.

“I’m dealing with a little bit of a left wrist injury; been dealing with it for the last week or so,” Kyrgios said. “Some sort of tendon thing. Apart from that feeling pretty good.”

He added: “I love playing doubles just because I feel like you play singles every week you kind of lose the fun aspect of it.”

However, the pair withdrew from their match against top seeds Bob Bryan and Mike Bryan.