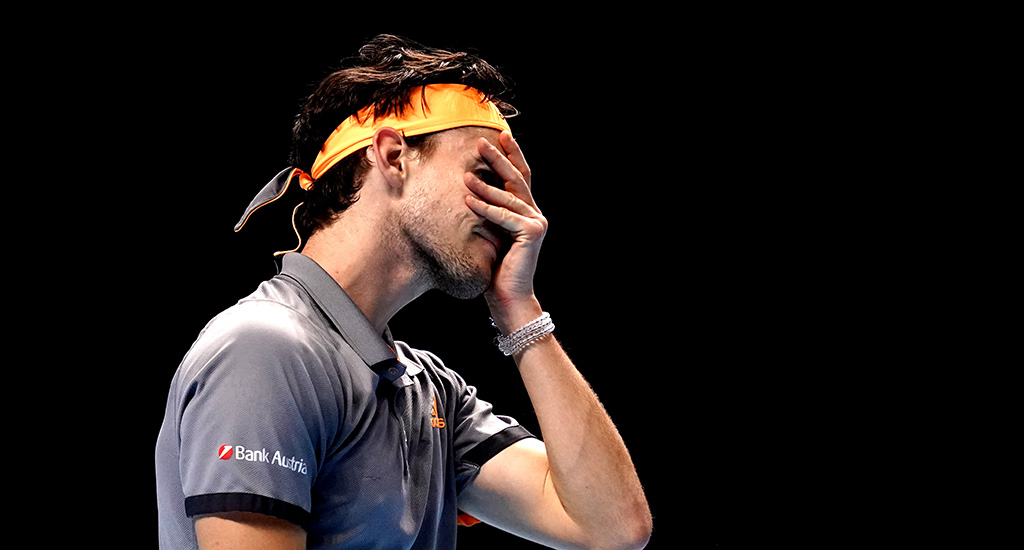 Dominic Thiem says he is looking forward to many more finals against Stefanos Tsitsipas after losing an ‘incredible match’ to the Greek at the ATP Finals.

Tsitsipas took the trophy and the coveted title in a three-set thriller in London, despite Thiem winning the first set.

Thiem will finish the year as world number four, but was understandably heartbroken by the defeat.

“It was an unbelievable match today. Bravo, Stefanos,” Thiem said.

“We are, mental-wise, playing the most brutal sport existing, it was so close. Both were fighting 100% to the end. That’s how it is in tennis.

“That’s why it’s probably mentally the most brutal sport existing because you can play such a great match and end up losing in the championship match.

“From that point of view, it’s a very disappointing loss, very hard to digest.

“But I had some amazing wins also, even this week, that got me in this situation even to play at the Finals. So it’s fine.”

Tsitsipas and Thiem are great friends off the court, with the Greek even acting as a hitting partner for the Thiem at the ATP Finals three years ago.

“You really deserve it,” Thiem told Tsitsipas. “You’re an amazing player and I really hope we’re going to have some great finals in the future as well.

“I’m looking a forward a lot to it. Although it’s a very hard and tough moment, I still really enjoyed this week.”