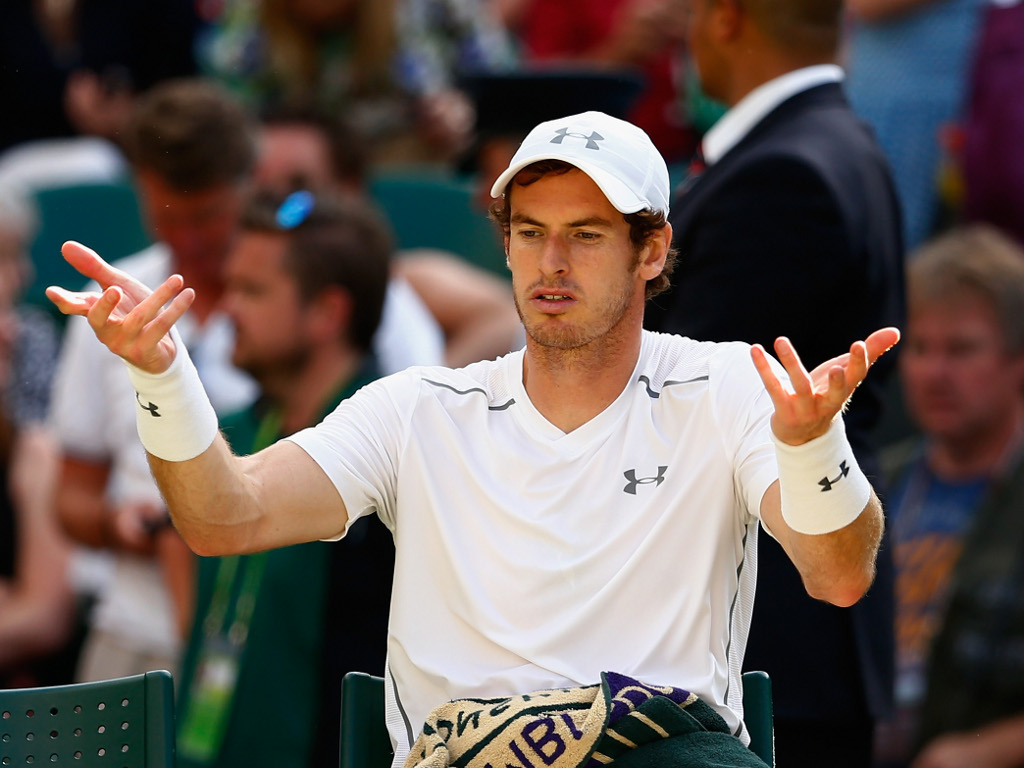 What’s on the site
Two Andy Murray updates in one week! The Scot is still hoping to compete in the Fever-Tree Championships despite his latest setback.

Then there is John McEnroe who has cautioned the three-time Grand Slam winner to be realistic about his chance should he play at Wimbledon.

On the back of Marco Cecchinato’s 2018 Roland Garros success, we look at Martin Verkerk’s emotional run in 2003. It includes a picture of a streaker!

Novak Djokovic wasn’t a happy man after his French Open defeat and he admits he’s not sure if he will compete at Wimbledon.

Of course the Maria Sharapova v Serena Williams story about the Russian’s autobiography is something that will run and run.

What’s in the news
Dan Evans has won his 11th match since returning to action after completing his ban for using recreational drugs, but the Lawn Tennis Association is still reluctant to give him wild cards.

Telegraph Sport reports that the issue has ended up in Parliament as an MP “wrote to LTA chief executive Scott Lloyd in protest”.

It seems to have done the trick as “A statement provided by the LTA on Wednesday suggested that the wind might already be changing at Roehampton”.

The Daily Mail has an Exclusive about the accident that Venus Williams was involved in last year.

“Court documents obtained by DailyMail.com reveal Jerome Barson’s estate has filed a motion to subpoena all phone devices Venus had in her possession on June 9, 2017 and conduct a forensic inspection on them.”

More on Andy Murray and Express Sport has done a betting story on whether or not he will retire in 2018 after his latest setback.

“Betway are even offering 10/1 odds on Murray even deciding to end his playing career before the end of 2018 as his right hip struggles to properly heal.”

These guyyyys ???????????? Witness the greatest @rafaelnadal with gifted People, @pharrell nice to meet you!! Simply, merci Mr @richardmilleofficial and @ronald_de_jap for the invite #teamrichardmille #whattimeisit

Behind the scenes of my session with @milantyson and my meeting with legendary @miketyson . Stay tuned to watch the full feature ??

More on Milan Tyson at the Mouratoglou Tennis Academy.

A post shared by Mouratoglou Tennis Academy (@mouratoglou_tennis_academy) on Jun 6, 2018 at 1:36am PDT