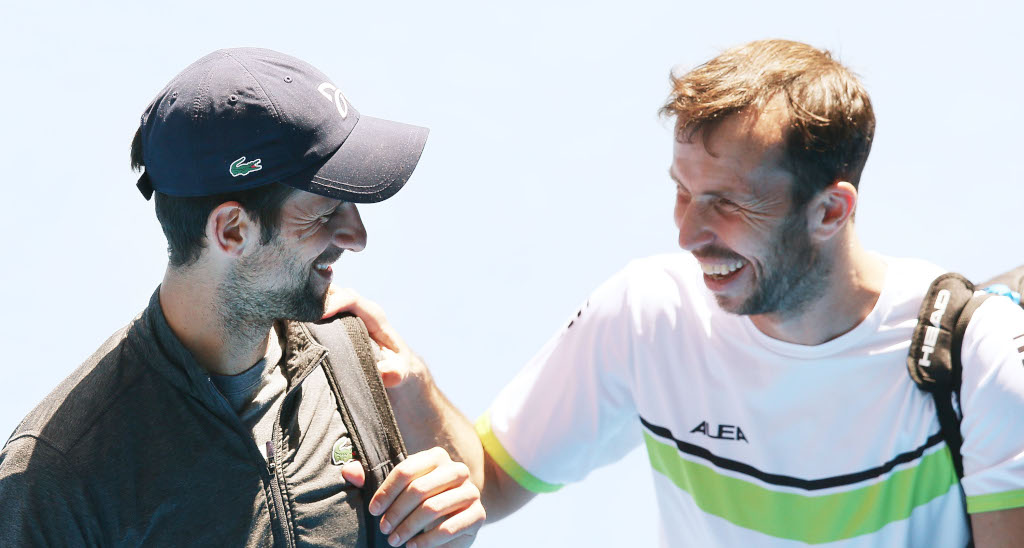 In Tennis Today, Novak Djokovic ‘directed’ a special video for the retiring Radek Stepanek while Roger Federer led the way in friendliness, apparently.

What’s on the site
The ATP Finals is just around the corner and Declan Campbell covers five key points ahead of the season-ending tournament.

British No 1 Kyle Edmund is hoping his maiden ATP Tour singles title will give him “confidence for the future”.

What’s in the news
In last week’s Tennis Today, Guardian Sport’s Kevin Mitchell warned that Rafael Nadal and Novak Djokovic are “risking their good name” by accepting an invitation to play an exhibition match in Saudi Arabia.

Sports Illustrated’s Stanley Kay has also called on the pair to reconsider their participation.

And the Sports Illustrated Mailbag has done a follow-up explaining why it is not in their best interest to play in Saudi Arabia.

Roger Federer has been credited with a lot of good things over the years and here is another one to add to the list as Lindsay Davenport says he helped “made tennis players more friendly”.

“I really feel like in the mid-2000 years there was a huge shift of the attitudes of the top players and being more friendly and being more giving, and a lot of that had to do with players like Roger coming up,” she is quoted as saying in Express Sport.

What’s on social media
‘Director’ Novak Djokovic got the likes of Rafael Nadal, Roger Federer, Andy Murray and one or two others to pay tribute to Radek Stepanek.

Thank you very much boys for your wishes????. It’s been a privilidge and honour to share so many battles, fights, practices, laughs and memories which i will never forget???. You have been an inspiration for me to be better every day and i learnt so much from You all. I wish u all good luck ??. See you soon in our great tennis world ??@rogerfederer @rafaelnadal @borisbeckerofficial @alexzverev123 @andymurray @delpotrojuan @kandersonatp @tipsarevicjanko huge credit to the director of the project ??: @djokernole ?????? #IvanLendlDoesntHaveInstagram??

Some of our favorite shots from the Legends photo shoot just now ??

The first steps (or should that be rolls?) Either way, it’s a major milestone for the No.1 Court roof 💪 . #Wimbledon #tennis #sport #instasport #construction