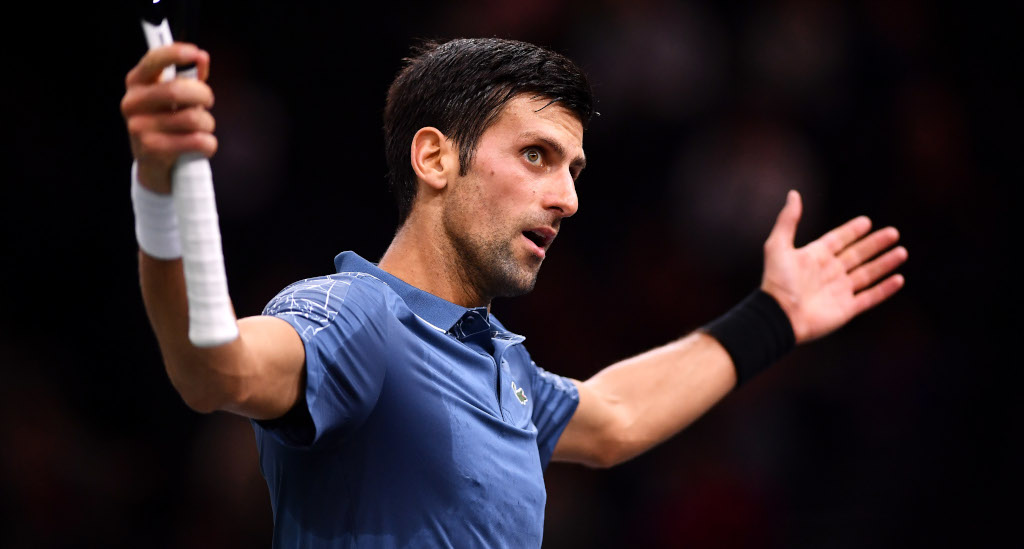 In Tennis Today, Novak Djokovic came to the aid of a spectator who fell ill during his match while Juan Martin del Potro is working hard.

What’s on the site
Grigor Dimitrov started the 2018 season with the world at his feet, but 10 months later he desperately needs to arrest his slump if he is not to become a spent force on the ATP Tour. Will Andre Agassi help Dimitrov to turn things around?

It is official, Roger Federer will finally make his return to the Paris Masters at this year’s tournament.

Meanwhile, as Rafael Nadal and Novak Djokovic dither over whether or not to play in Saudi Arabia, Federer has revealed he was also asked to play an exhibition match.

Serb Djokovic kicked off his campaign to overtake Nadal as world No 1 with a win at Bercy.

It looks like Juan Martin del Potro won’t feature at the season-ending ATP Tour World Finals, but scroll down to see how hard he is working.

Serena Williams and American rapper and actor Common spoke about philanthropy, activism and entrepreneurship in Chicago, but Daily Mail opted for the angle “Serena Williams proves you can be friends with your ex as she reunites with Common for panel on activism”.

What’s on social media
Djokovic comes to the aid of an ill spectator in Paris.

Del Potro working in the rain.

And then there is this boy stealing the show.

Excited to announce: Its a boy, and my girl is doing great and keeping strong as usual #Alhumdulilah. Thank you for the wishes and Duas, we are humbled ???? #BabyMirzaMalik ????

End of the season for Katie Boulter.

2018 season over and out ✌🏻For those that have helped me and supported me this year, you know who you are, thank you. It’s been an unforgettable year 💙