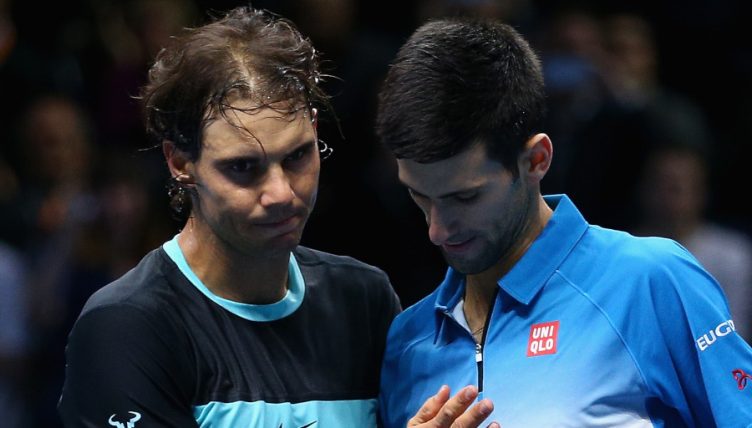 In Tennis Today, Rafael Nadal and Novak Djokovic are “urged to break their silence” while Juan Martin del Potro starts the road to recovery.

What’s on the site
Andy Murray is seen as one of the world greats of this era, but Johnny Nic believes his brother Jamie deserves to be rated more highly.

Joe Tyler caught up with rising British tennis star Jake Draper and asked whether he could swap his junior Wimbledon trophy for the real thing in the next few years.

World No 1 Simona Halep won’t feature at the WTA Finals as she has failed to recover from injury.

There is finally good news for the revamped Davis Cup as Rafael Nadal has committed to the 2019 tournament.

What’s in the news
Rafael Nadal and Novak Djokovic are set to play an exhibition match in Saudi Arabia in December, but the disappearance of journalist Jamal Khashoggi has made things uncomfortable for the pair.

“Rafael Nadal and Novak Djokovic, men of conscience and integrity, continue to risk their good name by accepting an invitation to play in a meaningless exhibition in Saudi Arabia, a regime under critical scrutiny for the disappearance of the journalist Jamal Khashoggi,” writes Guardian Sport’s Kevin Mitchell.

From serious news to “entertainment” news as The Sun goes with “Maria Sharapova seen with millionaire British boyfriend for first time as tennis star heads on Cotswolds date”.

This one is better and more recent. LOL ?? Happy Belated Bday Naomi. But seriously I want to invite you to the Creed 2 premiere as a bday present ?? pic.twitter.com/TS8vmSsRdM

Serena Williams and the Duchess of Sussex wearing the same blazers.

The face you make when you and Meghan have matching @serena blazers ?? #BeSeenBeHeard Link in bio to shop the collection!

.@delpotrojuan is already following the rehabilitation plan put together by his medical team. For the past few days he’s been using a splint that keeps the knee immobilized while he follows the doctors’ advice.#Delpo #DelPotro pic.twitter.com/NiJGVKcuWa