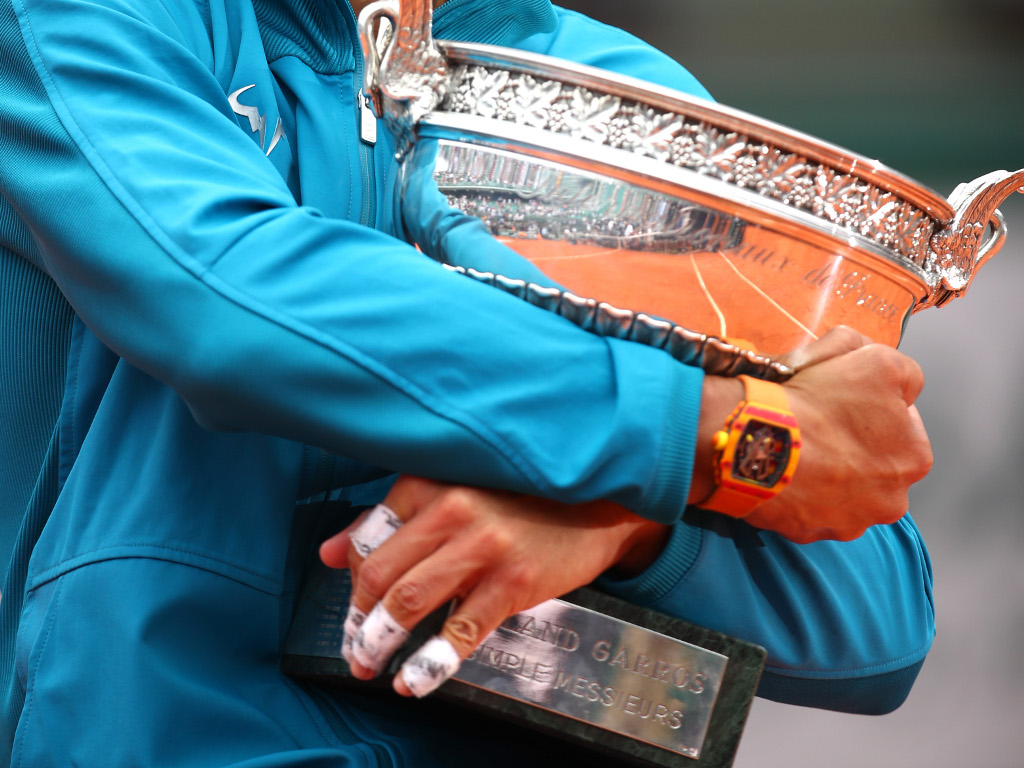 What’s on the site
We move to the grass-court swing and our betting expert Deggsy Bilton is on hand to give you tips for the MercedesCup and the Libema Open.

Roger Federer returns to action this week after a three-month break and he is hoping for a long run in Stuttgart this year.

Are you excited about the Queen’s Club Championship? You should be as they will have their strongest-ever field with Novak Djokovic the latest to sign up for the Wimbledon warm-up event.

In case you missed it, Nicolas Mahut’s son stole the show after his father’s French Open doubles victory.

If you still have a few minutes to spare, then do take our quiz on one of the legends of the game, Boris Becker.

What’s in the news
You have to take your hat off to Laura Robson as she has admitted she is likely to turn down a Wimbledon wild card if the All England Club offers her one, reports Sportsmail.

“I don’t think it would be fair to someone else who could have the opportunity when I have barely played all year.”

If you watched Sunday’s French Open final, you will have noticed Rafael Nadal wearing a very cool watch.

Guess how much it cost?

If you want to get your hands on one, there are just 50 of these Richard Mille watches on the market.

“It has already expired in March and we are in negotiations.”

Now for some Nick Kyrgios news and he has reopened his feud with Dawn Fraser by calling the former swimmer “racist”.

The Australian tweeted this.

The Guardian has some background to the story.

Meanwhile, BBC Sport reports that Sara Errani is “disgusted” after her doping ban was increased from two to 10 months.

It’s a very interesting case as a cancer drug taken by her mother was found in her failed blood sample.

“The Court of Arbitration for Sport accepted medication taken by her mother found its way into a family meal.”

With Nadal taking his Grand Slam tally to 17 on the back of his 11th Roland Garros title, it means it is time for another GOAT debate and Telegraph Sport’s Charlie Eccleshare gets us going.

It’s subscription, but you can still read the comments.

What’s on social media
The handprints of the 11-time Roland Garros champion encased in clay.

11 IS SUPERNATURAL ?? @rafaelnadal celebrates a remarkable 11th victory in Paris with the city’s next generation #nike #nikecourt

A game of spot Roger Federer.

Dominica Cibulkova is ready for summer.

Wimbledon sure knows how to get us excited.