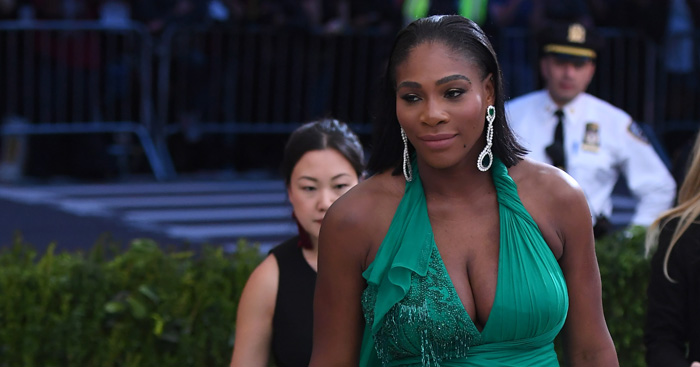 In Tennis Today: Serena Williams keeps on impressing and is Andy Murray’s return date pencilled into the calendar?

What’s on the site
Increasing the length of women’s matches at Grand Slams to best of five sets has been suggested many times before, but Billy Jean King has another suggestion: Decrease the length of men’s matches to three sets.

It’s an immensely interesting idea, and one we’ve explored at length here.

His reasoning is a lot sounder than his conclusion probably suggests, though Brazilians especially may disagree.

Finally, why not test your knowledge on all things Pete Sampras in our quiz?

What’s in the news
Everyone wants to be Serena Williams, right? Well, you can already dress like her after she launched her own clothing range, but pretty soon you’ll be able to go even further as she’s reportedly preparing her own beauty range too.

According to TMZ it’s time to make room in your bathroom and make-up  bags for Serena skin-care products, makeup removal, colognes, perfumes, lipstick, lip gloss, eyeshadow, eyeliner, and mascara, as well as a variety of soaps too.

Is there nothing that woman can’t do?

Meanwhile, a report claims that Andy Murray may be looking to return to action at two new LTA events before grass court season.

The BBC reports that the Lawn Tennis Association has announced two new indoor hard court events in Glasgow and Loughborough, and the 30-year-old Scot is hopeful of launching his comeback from hip surgery there.

What’s on social media
Who doesn’t love a classic Boris Becker pic? Well, even BB himself couldn’t resist retweeting this one…

Roger Federer, meanwhile, is just very happy with himself, and frankly why wouldn’t you be?

Had a nice day at the office with no ☔️ and all ☀ pic.twitter.com/8puTjgh377