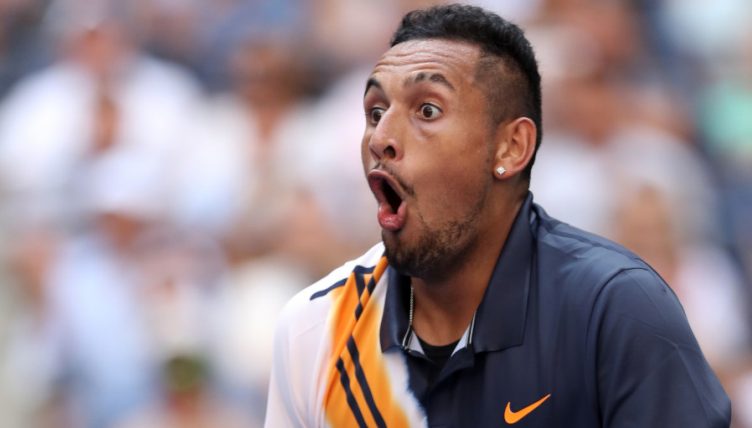 In Tennis Today, tributes to Serena Williams as she celebrated her birthday on Wednesday while Nick Kyrgios does Nick Kyrgios things.

What’s on the site
Serena Williams celebrated her 37th birthday on Wednesday and our 10-fact tribute included Mmmbop and a scene with Peter Dinklage.

In the latest round of GOAT discussions, Australian great Rod Laver gives his opinion.

The two wildcards for the 2019 Davis Cup have been announced with Great Britain and Argentina going straight into the main draw for the revamped tournament.

The carnage continued at the WTA Wuhan Open as Caroline Wozniacki, Angelique Kerber and Garbine Muguruza were all dumped out.

What’s in the news
In Metro.co.uk’s latest exclusive, they talk to Heather Watson about the controversial US Open final, sexism, on-court coaching and being on your period while playing tennis.

Sports Illustrated’s Mailbag has a breakdown of “a wildly successful Laver Cup”.

What’s on social media
Get to know Nick Kyrgios with the ATP Tour’s The Last Time…it includes missing a flight because of Facebook videos.

Get to know @NickKyrgios in this edition of The Last Time ???? pic.twitter.com/pdRed7kqSU

And then there is this from the China Open archives.

Happy 37th birthday to the most incredible athlete I have ever met. I took this picture during a warm up before practice and you did that just for fun. You are already the GOAT but I know you want more and we will reach more. I feel lucky, blessed and happy to be part of that amazing journey. @serenawilliams #serena #goat

Serena herself posted a lovely message about her daughter.

The decision to hand Argentina and Great Britain wildcards for the 2019 Davis Cup hasn’t exactly been met with great fanfare.

If “rich history” is reason for giving a wild card, then why wasn’t it Australia that got a wild card?!?! No nation other than the USA that has won more Davis Cups…. https://t.co/7EpnHtV96R

‘The ITF and Kosmos Tennis today announced that the Davis Cup Steering Committee has selected Argentina and Great Britain to receive wild cards for the 2019 Davis Cup by BNP Paribas finals.’