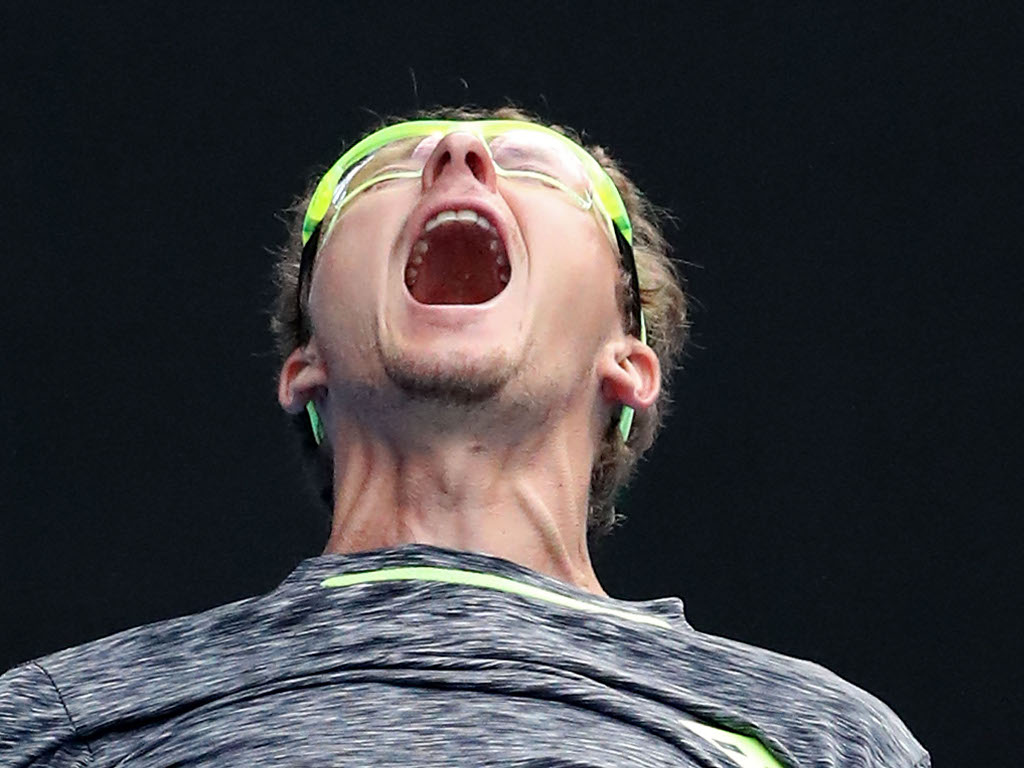 Who doesn’t like an underdog victory over one of the favourites at a Grand Slam event? The Australian Open has had its fair share of giant killings and Tennis365 looks at some of the best.

For interest’s sake, we have only included first and second round matches.

10. Lleyton Hewitt v Juan Ignacio Chela – second round, 2006
After losing the 2005 final against Marat Safin, Lleyton Hewitt was again expected to challenge for the trophy, especially with the Russian not able to defend his title due to injury.

It was dubbed a “Rocky v The Spitter” by the Herald Sun as Juan Ignacio Chela was accused of spitting in Hewitt’s direction during a Davis Cup encounter in 2005.

9. Rafael Nadal v Fernando Verdasco – first round, 2016
The Spaniard arrived Down Under on the back of a disappointing 2015 season as it was the first time in his career that he went 12 calendar months without winning a Grand Slam.

Yet, he was still seeded fifth and many expected him to reach at least the semi-finals.

It is the first time in 11 visits that Nadal suffered a first-round exit at Melbourne Park.

8. Gustavo Kuerton v Greg Rusedski – second round, 2001
“I think it’s my greatest victory by far,” Greg Rusedski said his stunning victory over world No 1 Kuerton at the 2001 Australian Open.

“Amazed,” was how Pat Cash, the 1987 Wimbledon champion and Rusedski’s coach, described the Briton’s win.

Both players needed four sets to come through their opening rounds at Melbourne Park and the second-round match went the distance with Rusedski winning 4-6, 6-4, 6-3, 2-6, 9-7.

7. Boris Becker v Carlos Moya – first round, 1997
The German was in the twilight of his career in the late 90s, but he was still the defending champion when he headed Down Under in 1997.

“My brain is scrambled eggs right now,” Becker said after the match, which was played in scorching conditions. “I’m really struggling to speak normally because I’m burning.”

6. Mats Wilander v Ramesh Krishnan – second round, 1989
Having won three of the four Grand Slams in 1988, Wilander arrived in Australia as the world No 1 and the top seed.

And he was expected to breeze into the business end of the tournament. After a gruelling five-set win over fellow Swede Tobias Svantesson, Wilander was expected to find it a lot easier against unseeded Indian Ramesh Krishnan in the second round.

5. Roscoe Tanner v Chris Lewis – first round, 1977 (December)
Back in January 1977 Roscoe Tanner beat Guillermo Vilas 6–3, 6–3, 6–3 to win his maiden Grand Slam and naturally many backed him to successfully defend his title in December 1977.

It was the first time since 1968 that a defending champion had lost in the first round of a major and Tanner’s January 1977 Australian Open title would be his only Grand Slam.

4. Boris Becker v Anders Jarryd, first round – 1993
The German was seeded fourth for the Australian Open and, as a five-time Grand Slam winner at the time, you expected him to do well.

As the New York Times puts it “He had arrived at the Australian Open as the hottest property in men’s tennis. He had a new coach, a fresh commitment to the sport and three straight tournament victories to his credit”.

Qualifier Anders Jarryd was his first-round opponent, but Deseretnews.com summed up his defeat as follows: “The fourth-seeded Becker, the 1991 champion, played listless, uninspired tennis on a sore leg, his vaunted serve neither sharp nor hard, his volleys weak as he faded 3-6, 7-5, 3-6, 6-3, 6-2.”

3. Lleyton Hewitt v Alberto Martin – first round, 2002
Australians were pinning their hopes on Hewitt to end their long wait for a home Grand Slam winner at Melbourne Park. And Hewitt laid the foundations the previous year as he won the US Open and reached the top of the world rankings.

He was the top seed for the 2002 Australian Open and received a first-round draw against Alberto Martin.

“It was a shocker,” Hewitt said. “I won’t make an official complaint. Enough people have seen it and if nobody does anything there’s not much point me going and arguing.” 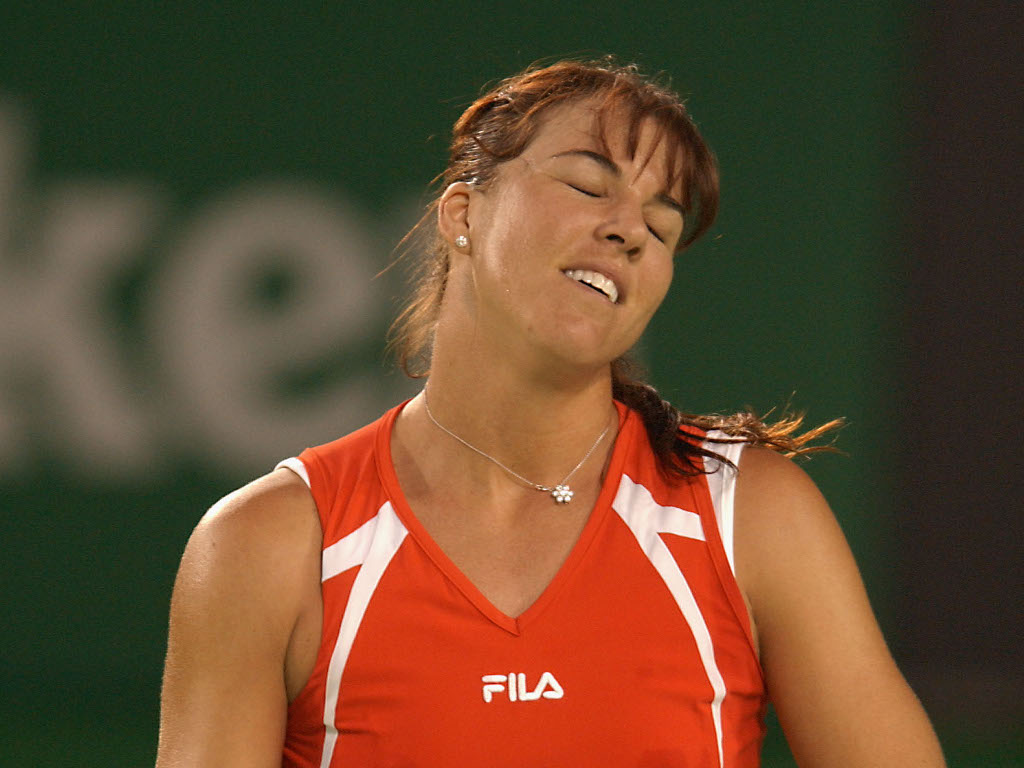 The American was looking for her third consecutive Australian Open title in 2003, but she fell at the first hurdle as she was humbled by world No 90 Marlene Weingartner.

Capriati was the first female defending champion since the tournament began in 1922 to lose in the opening round.

“I’ve always known I had potential, and today it all came together. So I’m very happy,” Weingartner said. 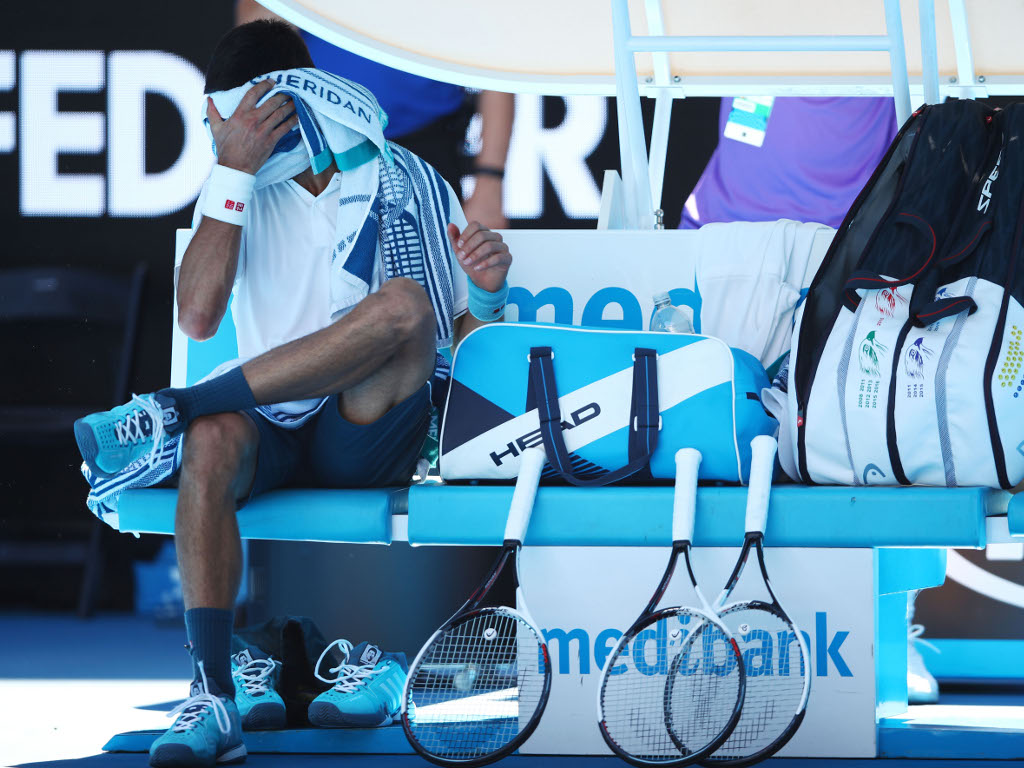 Six-time champion Novak Djokovic started the 2017 Australian Open as one of the favourites. After all, he was looking to make it three titles in a row yet again at Melbourne Park.

And everything was going according to plan after he beat Fernando Verdasco in straight sets in the first round to set up an encounter against wildcard Denis Istomin.

The bookies declared it the fifth biggest upset based on the betting odds on the ATP Tour since 2010.

“I feel sorry for Novak, because I was playing so good today,” the 30-year-old Istomin said after the match.