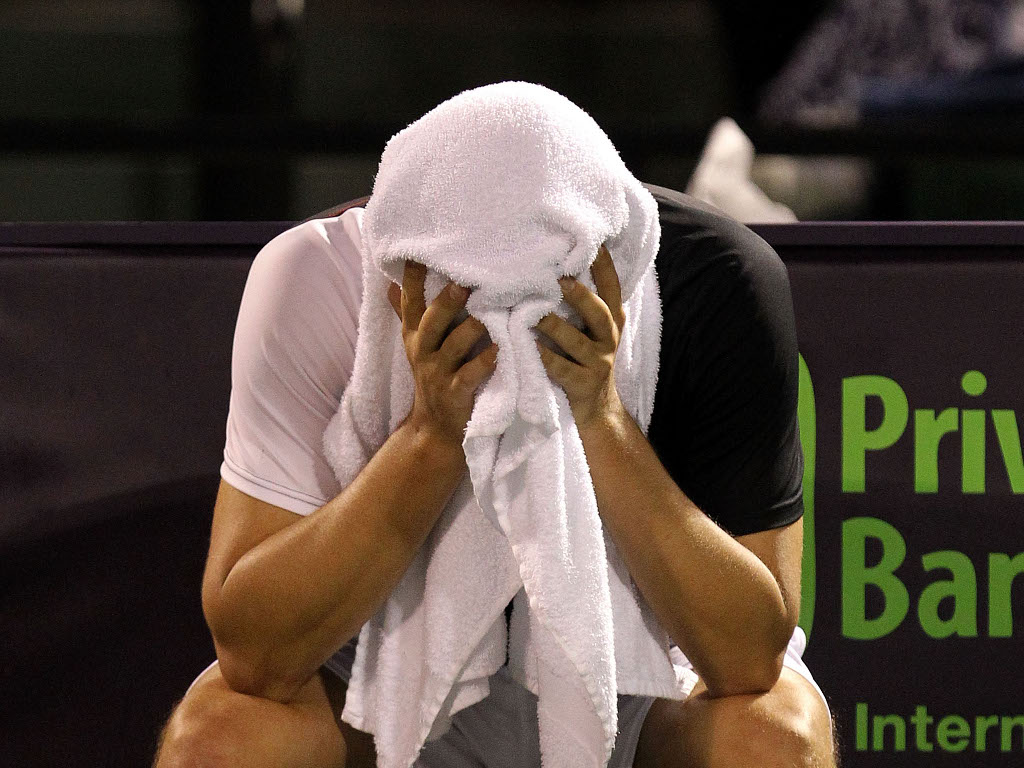 Injuries are part and parcel of professional tennis, just ask Andy Murray, Rafael Nadal and Novak Djokovic, who are all struggling ahead of the 2018 Australian Open.

However, while Murray and company have what can be considered regular tennis injuries like a hip, wrist or knee problem, every now and then a player will suffer a bizarre injury.

10. Boxing is not for Yevgeny Kafelnikov 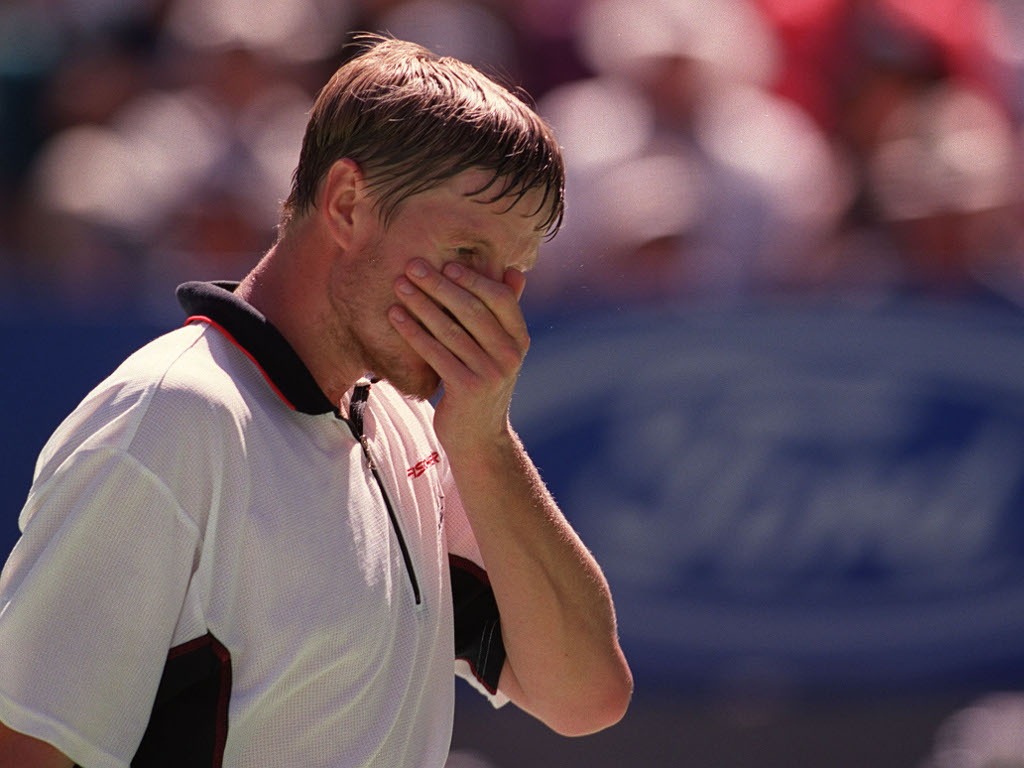 The world No 4 was one of the favourites to win the 1997 Australian Open, but he was forced to pull out on the eve of the event after he injured his hand.

The Independent reported that the 23-year-old was “taking a swing at a punching bag while messing around in a Melbourne gym”.

The Russian was forced to spend three months on the sidelines.

9. It’s a dog’s life for Kim Clijsters
The Belgium star was playing football with her boyfriend in the backyard in October 2006 when she tripped over her dog and injured her tailbone.

“I stumbled over Diesel and fell badly. Very stupid. Fortunately it was nothing serious but it was bad enough to have to take two days of rest,” Clijsters said afterwards.

8. Lleyton Hewitt takes a tumble down the stairs
The two-time Grand Slam winner missed the 2005 French Open after he cracked two ribs.

Was he involved in a fight? Was he injured in a car accident? Did he take a nosedive while practicing?

No, he fell down a flight of stairs while carrying his laundry.

7. Mikhail Youzhny does his head in
What do you do when you don’t convert a break point? Have a quiet word with yourself before moving onto the next point? Not if you are Mikhail Youzhny.

6. Roger Federer running a bath
One of tennis’ greatest ever players is no different than the rest of the world’s population when it comes to freak injuries. You know every now and then you walk on solid ground and then somehow twist your ankle?

Well, back in January 2016 the Swiss Maestro was running a bath for his twin daughters like any good father when he turned and heard a click in his left knee.

He suffered a torn meniscus and was forced to undergo surgery for the first time in his career.

5. Sam Querrey sits in the wrong place
Don’t sit on a glass table. Ever. Sam Querrey will tell you the pain is not worth it.

The American had to undergo emergency surgery in September 2009 after he hurt his arm when he fell through a glass table in Bangkok, Thailand.

Why was he sitting on the glass table in the first place? Mr Querrey, all 1.99m (6 ft 6.5 in) of him, apparently sat down to tie his shoe laces when the table gave way underneath him.

4. Serena Williams puts her foot in it 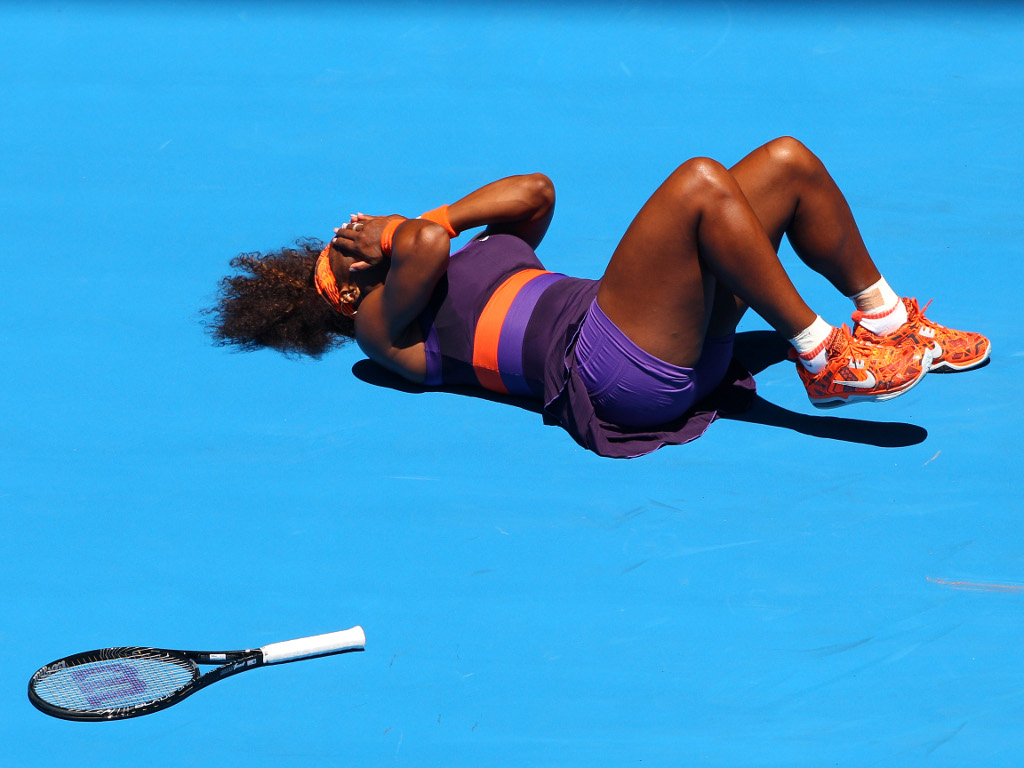 Back in 2010 Serena Williams won her 13th Grand Slam title when she beat Vera Zvonareva in the Wimbledon final, but it would take her another two years to win her 14th major.

A freak foot injury kept her out of the game for nearly a full year.

Serena, wearing sandals, was out celebrating her Wimbledon win in a German restaurant when she stepped on a broken glass and suffered deep cuts on both her feet. The American initially had 12 stitches in her right foot and six on her left foot, but had to undergo surgery on her right toe a few weeks later.

She only returned to action in June 2011 and had to wait until Wimbledon 2012 to win her 14th Grand Slam. 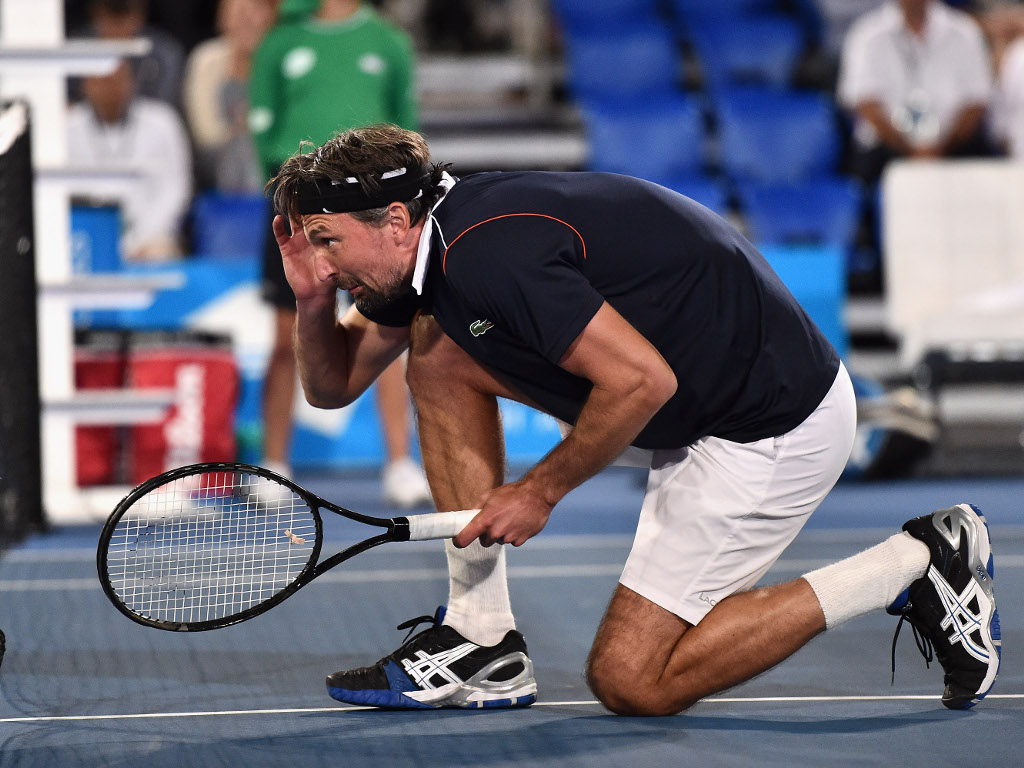 No list that features something bizarre is complete without Goran Ivanisevic. And he could probably come up with a top 10 of his own.

In 2003 he decided to go for a swim while competing in the Miami Open and stepped on a seashell while trying to avoid people who were running around. He was forced to undergo surgery as “they didn’t clean the wound properly and then it got infected with some kind of bacteria”, he told Vice Sport.

Then there was an incident in Monte Carlo when he forgot his racquets in his apartment and ran back only for the door to shut. He ended up with several broken fingers.

Not to forget the time he banged heads with his doubles partner Mark Philippoussis during a tournament in Toronto in the late 90s. Ivanisevic needed stitches while Philippoussis suffered concussion.

2. No Dancing With The Stars entry for Kim Clijsters 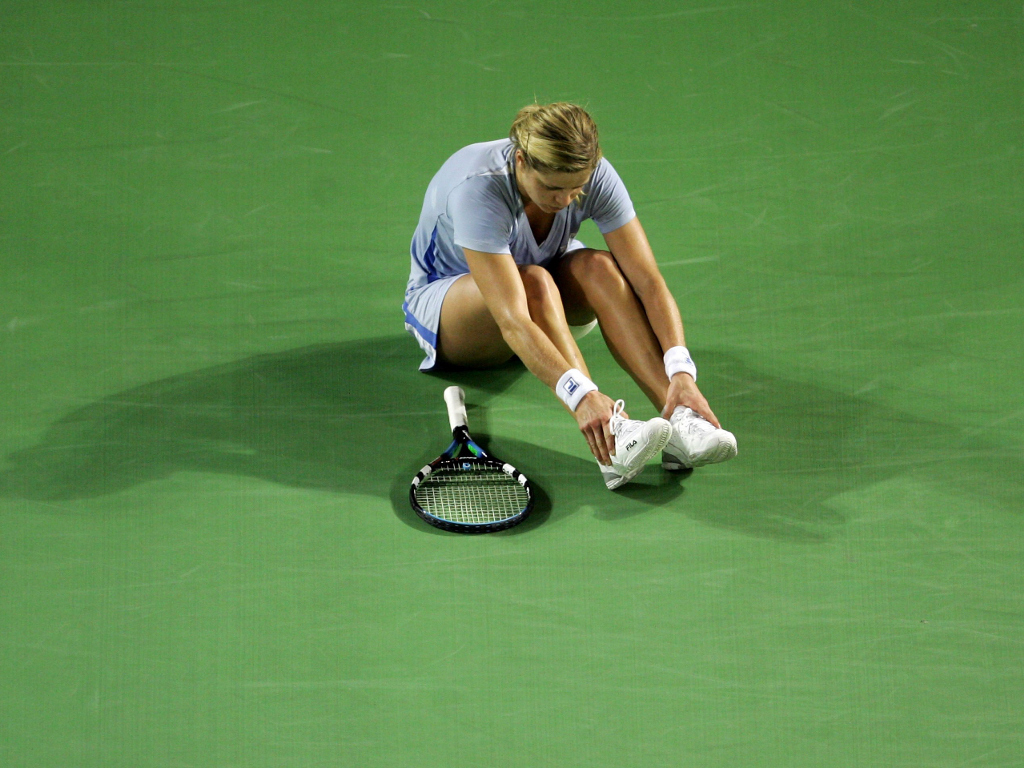 Yes, the four-time Grand Slam winner gets a second entry on the list as she nearly missed the 2011 French Open due to an ankle injury, which is pretty normal for any athlete.

However, Ms Clijsters picked up the injury while she was dancing at her cousin’s wedding. Apparently she bumped into another person and injured her ankle, but that was not the end of that as while she was limping away, someone else stepped on her toe.

She strained both the medial and lateral ligaments of the right ankle and also suffered torn ligaments, a torn capsule of the ankle joint, a hematoma and torn tendon sheath.

1. James Blake collides with the net
While most of the entries on this list were light-hearted, fun-poking, the James Blake injury was a lot more serious.

The American was practicing with Robby Ginepri in May 2004 ahead of the Rome Masters when he suffered a life-threatening neck injury.

He was chasing down a drop shot when his foot got caught in the clay and he was flung forward, hitting his neck on the metal net post.

“I knew immediately I hurt myself and started to panic almost as soon as I hit the ground,” he later told People in an interview.

He added: “I wanted to move so badly. But I was terrified that I would damage the nerves. I was trying to think of best-case scenarios: Maybe it’s just bruised. And then I’d think the worst: Maybe I have broken my neck and I’ll spend the rest of my life in a wheelchair.”

He spent several months on the sidelines, but made a remarkable return and won the Comeback Player of the Year award in 2005 while he went on to become a Top 10 player a few years later. He won a total of 10 ATP singles titles during his career and nine of those came after his amazing comeback.