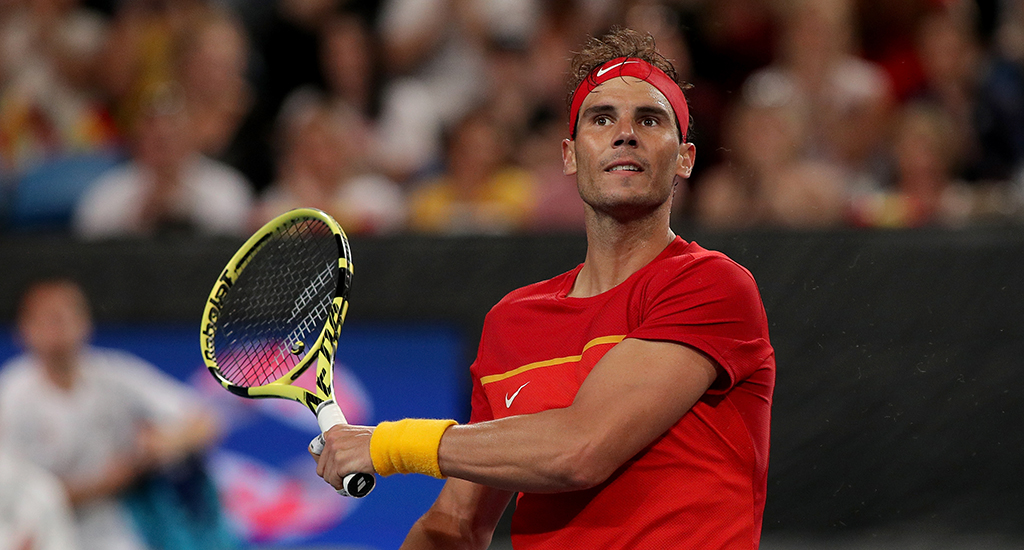 World number one Rafael Nadal says that he is happy with his ATP Cup debut, especially after his lack of an off-season, but he wants to improve further.

Nadal has often struggled with injury at this time of year, but he has barely stopped this time around after leading Spain to Davis Cup glory in November.

He showed no fatigue in Perth though, as he beat Nikoloz Basilashvili 6-3, 7-5 to help Spain to an easy win in their first tie of the fledgling tournament.

“For me, it hasn’t been much of an off season,” Nadal told the press after the match.

“[I almost] followed [last] season because that’s my reality.

“I am fine. Of course, matches like today helps to [get] more rhythm and victories help too. So that is an important step.

“The good thing is to play well and win matches.

“That helps you with the confidence and to win a match against a good player like him helps the confidence, the rhythm and I did things well.

“There are things I can improve but in general terms I have to be satisfied.”