‘This is a stepping stone,’ says Roger Federer as his comeback is ended by Nikoloz Basilashvili 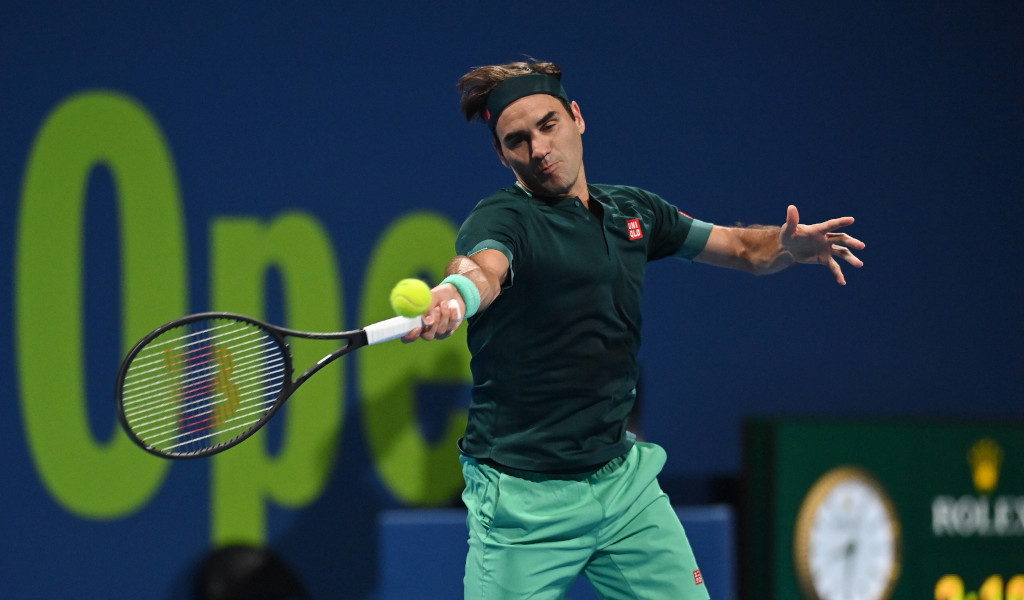 Roger Federer wasted a match point as his first tournament after a nearly 14-month injury layoff was ended by Nikoloz Basilashvili in the quarter-final of the Qatar Open.

After requiring three sets to beat Dan Evans in his opening encounter in Doha on Wednesday, Federer was again forced to go the distance but this time he came off second best.

Basilashvili moves into the semi-finals 👏

While it wasn’t as smooth a performance as his second-round clash, Federer did take charge early on as he broke in game four and then served out the opening set.

It was one-way traffic in the second set as Basilashvili raced into a 3-0 lead after a break in game two. The world No 42 added an insurance policy in game six and then served it out to draw level.

After going to serve in the decider, Federer initially saved three break points in game seven before fashioning a match point in game 10, which Basilashvili saved.

However, he was broken in the next game and the Georgian served it out comfortably.

Asked about how he felt after the match, Federer replied: “Like I said, I’m not at 100 percent yet. I can feel it, I can see it. I’m still building up.

“This is a stepping stone. I’m actually happy with how I felt on court overall. I felt better against Dan [Evans] physically, naturally.”

He added: “I honestly expected to feel this way. The whole shoulder, I feel the muscle pain around that. I didn’t expect that, I’d been serving the whole time but I think that comes with the pressure. In matches you just go that extra 5%.

“Overall, the body is actually fine. I’m happy. I felt fine, a little stiff in the morning but that’s totally normal, I think.”