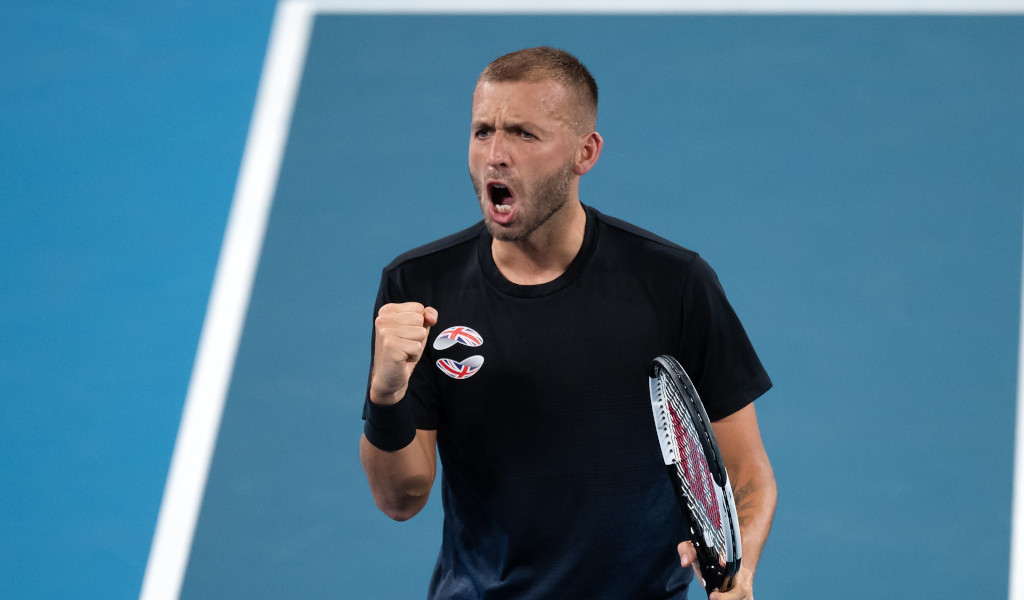 Great Britain kept their ATP Cup quarter-final hopes alive with victory over Belgium and much of the praise went to Dan Evans after his heroics.

Having gone down against Bulgaria in their opening rubber, Tim Henman’s team needed to beat Belgium to stay in the hunt for a play-off spot and Evans inspired them to victory.

After Cameron Norrie suffered a 6-2, 6-4 defeat at the hands of Steve Darcis, it was do-or-die for GB and Evans delivered as he produced one of his best displays to beat world No 11 David Goffin 6-4, 6-4.

Needless to say, Evans was quite pleased with his performance.

“I’d say that was one of the highest levels [of tennis] I’ve played,” he said. “It made it pretty sweet to have everyone there behind. I think it’s a pretty good way to play, having the seats behind in the corners. The guys are screaming, shouting, and it’s a good incentive.”

Captain Henman was delighted that the 29-year-old was “able to finish the job off”.

“His style of play means he can be proactive in certain shots that I certainly used to work on,” he said.

“Like the backhand down the line to open up opportunities. We saw that. The challenge is how long it can last for. With his personality, to have that focus of attention is not always easy for him. But to play at that level against Goffin and be able to finish the job off was incredibly impressive.

“We have worked hard on trying to really hit his spots on his serve so it gives him a chance to dictate the rally.”

The pressure was on Murray and Salisbury to wrap up the win and the former admits they were inspired by Evans.

“Evo played an amazing match,” said Murray. “I was like, I cannot let that slide. We had to win that match and make his performance count for something. I don’t know what we’ve got to do [to qualify], but at least we’re still alive in the event.”