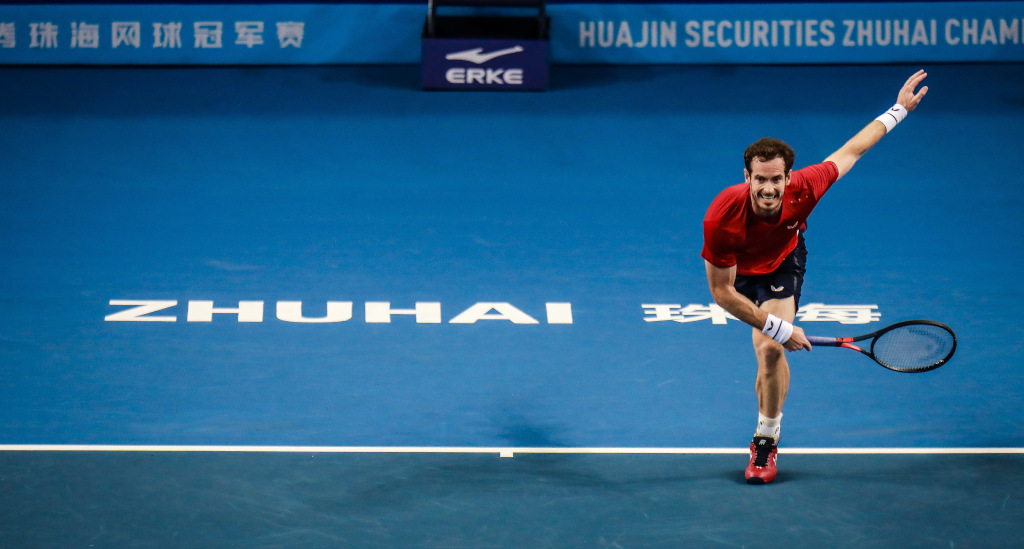 Andy Murray admits he is far from playing at his best level, adding that he was struggling physically during his second-round match against Alex de Minaur.

A day after winning his first singles match since undergoing hip surgery, Murray’s run at the Zhuhai Championships came to an end as he went down 4-6, 6-2, 6-4 against De Minaur.

“My feeling tonight was at points I played very well but I was not able to sustain my level,” he said.

“Physically I was struggling. I could play one or two good points, but then I was trying to finish the points a little bit early and shot selection then goes down when you’re tired.”

The former world No 1 admits the first-round win over Tennys Sandgren took a lot out of him and he still has some way to go before hitting his best form again.

“Yesterday was the first time in my entire career that I didn’t practice the day before a match,” he said.

“I was tired after the first round and tried to rest and recover as much as possible.

“That was something that I have done differently and I’m trying to maybe look at just other ways to give my body a bit of a break and a rest when I can, which is maybe something in the past that I wouldn’t have done.

“Normally, I would have been in the courts yesterday practising and stuff.

‘So some things I’m trying to do differently to work out what the best thing is for my body just now.

“But I learned that my hip held up well after two pretty long matches.

“The rest of my body is just tired, which is I guess normal. It takes time to get used to that.”