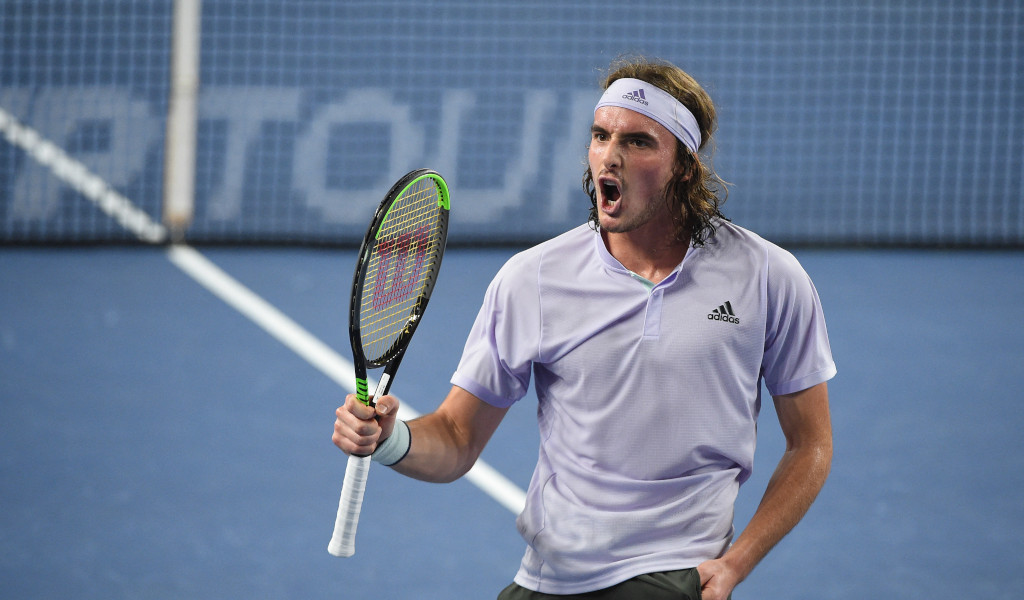 Fresh from successfully defending his Marseille title, Tsitsipas overcame a tight first set to beat the Spaniard 7-6 (7-1), 6-1 victory after one hour and 34 minutes.

Cruise control: on 🚙@StefTsitsipas continues his fine form with a hugely impressive 7-6 6-1 over Carreno Busta at #DDFTennis pic.twitter.com/fDqD8W8ucP

After trading breaks in the opening set, the Greek controlled the tie-breaker before running away with things in the second set.

“I was tired. I was upset with myself a little bit when I was trailing and didn’t get the break,” he told Gulf News. “I realised I have to save that energy. Even in the beginning of the match I felt tired.

“I tried to stay calm and not complain too much because I would definitely need that energy for later on in the match.”

He added: “I think I focused on constructing the points, staying in the point, trying to make things happen from my backhand side because that’s what I felt he played most of the time.”

The Italian broke twice to take the first set and also found himself up 3-1 in the second set, but the British No 2 won five of the final six games to draw level.

Fognini then broke in game one of the first set, but Evans hit back straightaway and they repeated that trick in games five and six before Evans got the decisive break in game 12, winning on his sixth match point.

“It’s difficult to play Fabio,” Evans, who will face Pierre-Hugues Herbert in the second round, said. “I am just happy to come through really. It was a good battle. I didn’t actually get to play my game too much, but it was good. I felt like he was on top forever really. I was just hanging in.”