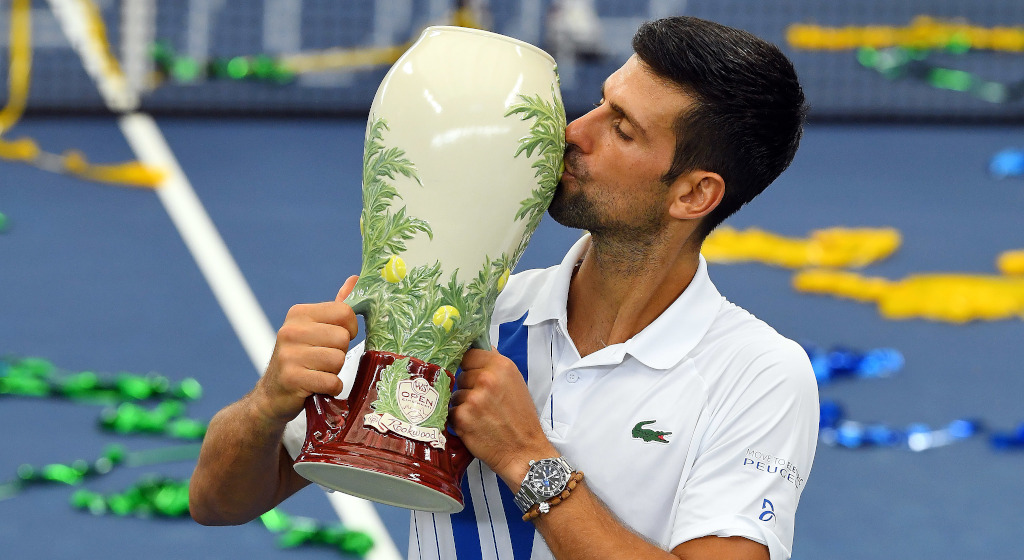 The world No 1 made a sluggish start against the Canadian as he was broken twice as he lost the first set in 30 minutes, but recovered to win 1-6, 6-3, 6-4 in just over two hours.

He broke in game six of the second set and, after initially going behind 0-2 in the decider, he won four games in a row to set up the victory.

The win took his unbeaten start to 2020 to 23-0 while the Cincinnati title helped him to complete a second Career Golden Masters.

“I am trying to make the most of my career, trying to use this time when I feel that I am physically, mentally, emotionally, game-wise at [my] peak and playing some of the best tennis that I have ever played,” Djokovic said.

“Going on an unbeaten run so far this year obviously brings even more confidence each match.”