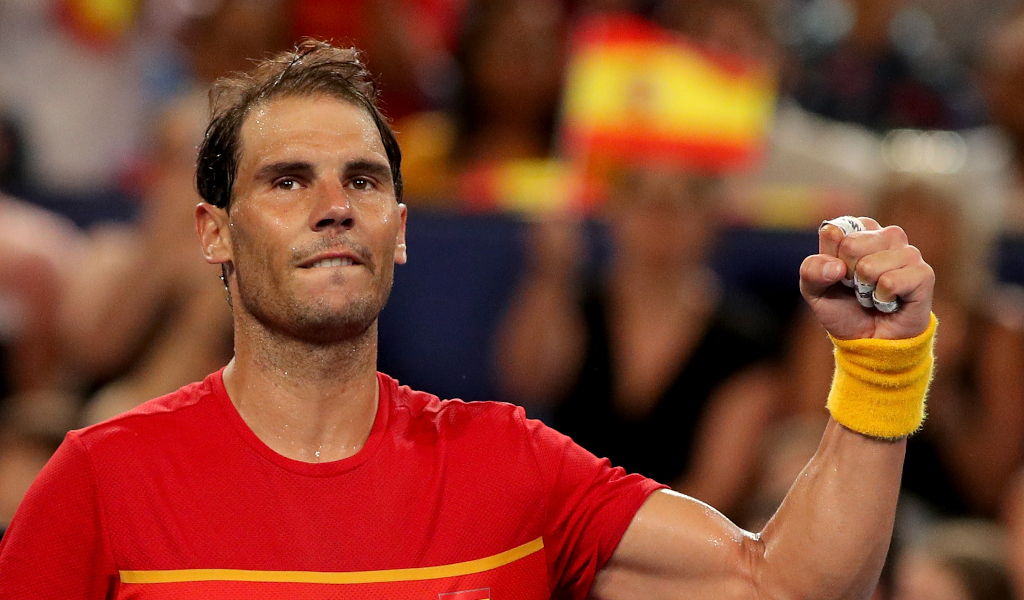 World No 1 Rafael Nadal delivered another clinical display as he led Spain’s charge during their 3-0 win over Uruguay at the ATP Cup.

The 19-time Grand Slam winner dispatched Pablo Cuevas 6-2, 6-1 while Roberto Bautista Agut saw off Franco Roncadelli 6-1, 6-2. Pablo Carreno Busta and Feliciano Lopez then teamed up to secure a 6-1, 3-6, 10-3 win over Ariel Behar and Juan Martin Fumeaux as the Europeans edged closer to a quarter-final place.

“A great match. I played better than the other day. It was a very positive victory against an opponent for who I have a lot of respect,” Nadal said after his victory. “I’m super happy.”

The 33-year-old started the 2020 season as the world No 1, meaning he is the first player to top the world rankings in three different decades.

So what is his secret?

According to the Spaniard: “This only means that I’m very old!”

“You actually are the first player to be World No. 1 in three different decades… what is the secret?”