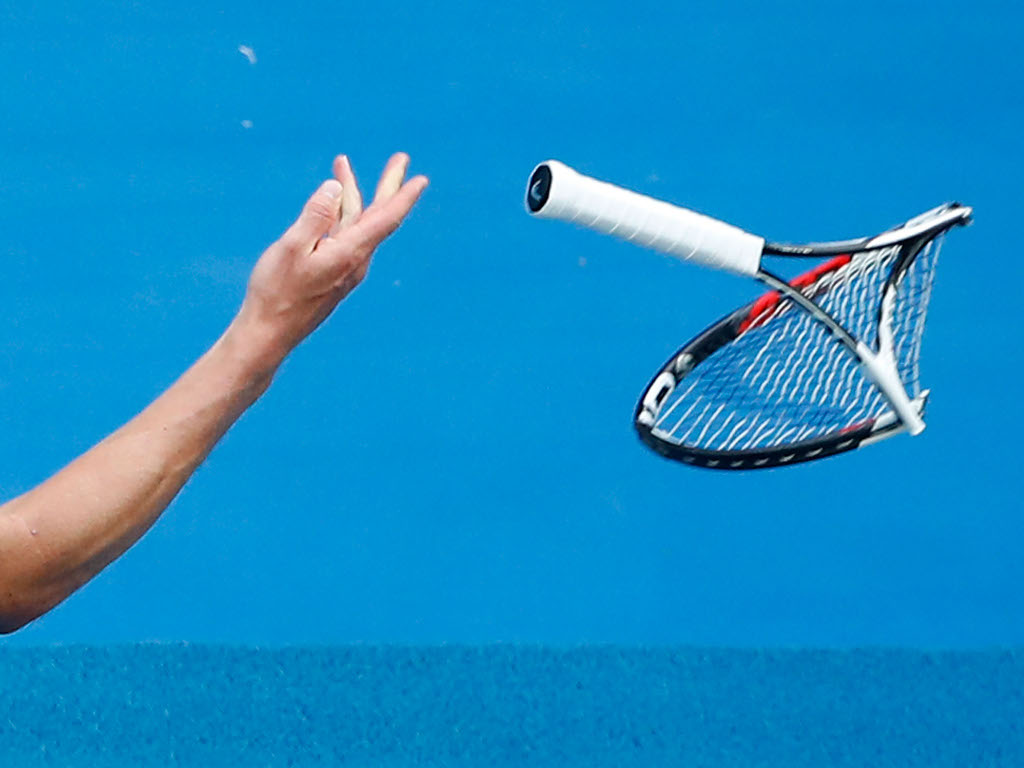 Another match, another Alexander Zverev racquet bites the dust after the German loses his cool.

Zverev gave his racquet the full treatment after he lost a crucial point in the deciding set of the Miami Open final against John Isner at Key Biscayne on Sunday afternoon.

After the damage was done, he decided to toss it into the crowd.

This was what was left of the racquet.

It wouldn’t be a tournament without a Zverev broken racquet #MiamiOpen #ATP pic.twitter.com/3pt88qB9Rc

Nothing is ever complete without a compilation.

But this is also good.