VIDEO: Jared Donaldson loses his cool and squares up to chair umpire 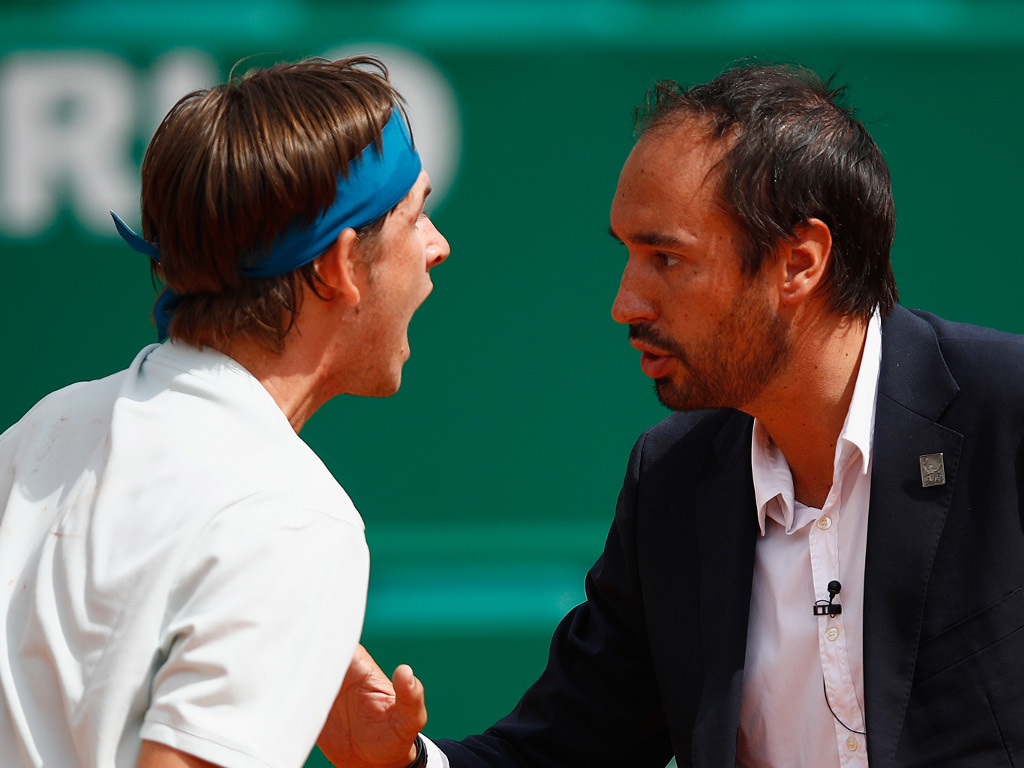 The Monte Carlo Masters got off to a fiery start as Jared Donaldson squared up to the chair umpire.

The American was unhappy after a serve from Albert Ramos Vinolas was called in during their first-round match in the Principality and he asked the umpire to show him the mark.

It got quite heated after that as the youngster started shouting at French umpire Arnaud Gabas.

The entire Donaldson @JaredD episode… I feel the umpire is right here… pic.twitter.com/kgvi2KKass

After the above video, the supervisor was called to the court and the linesman was also asked to show the mark.

The American was later given a code violation by the umpire and when he asked why the reply was: “You know exactly why you’ve got it.”

Donaldson then again called for the supervisor as he wanted to know why he was given the code violation and the response was “for being aggressive with me”.

He then responded by laughing and saying “sorry I hurt your feelings. Oh sorry. He can call unsportsmanlike conduct for whatever?”