WATCH: Andy Murray’s encouraging message to Dominic Thiem at the end of their Madrid Open match 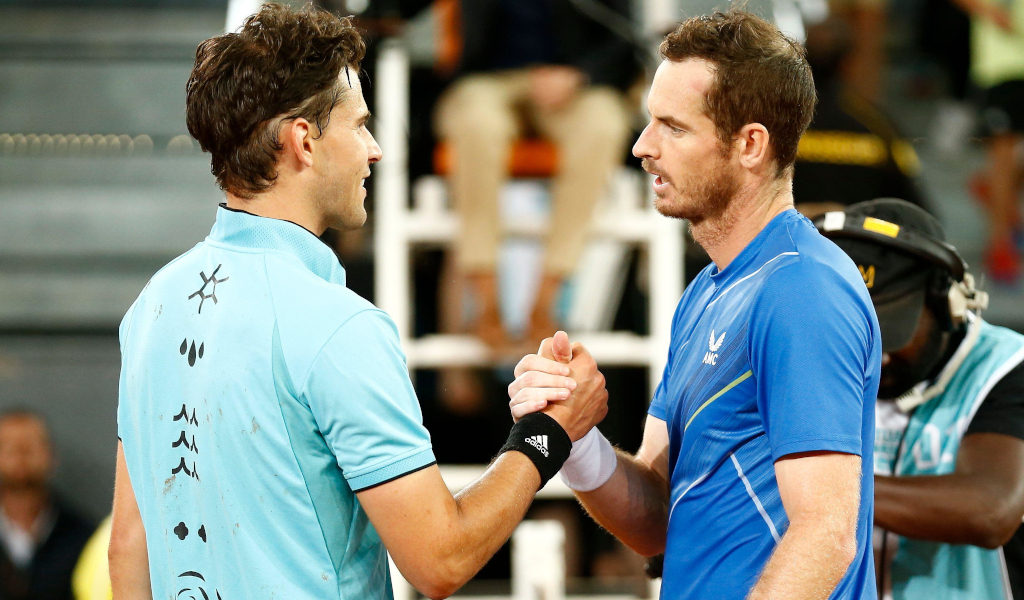 He has been there, done that, got the T-shirt so it is no surprise that Andy Murray had a heartfelt message for Dominic Thiem after their Madrid Open first-round match.

In an encounter of the two former US Open champions, Murray came out on top with a 6-3, 6-4 victory in one hour and 42 minutes in the Spanish capital.

But it was not just a clash of the former Grand Slam winners as it was also a battle of two players who have struggled with injury in recent years.

Murray’s injury woes started in 2017 and he eventually underwent hip resurfacing surgery in 2019 with many fearing that his playing days could be over. However, the worst appears to be behind him and there have been glimpses of the old Murray in recent months.

Thiem, meanwhile, picked up a serious wrist injury in June last year and he only made his comeback in April, losing in the first round in Belgrade, Estoril and now Madrid.

There were words of comfort for Thiem from former world No 1 Murray on Monday.

“Keep going. It takes time but you’ll be fine,” the Scot told Thiem.

"Keep going. It takes time but you'll be fine"

During his post-match press conference, Murray again explained that he also battled with a wrist injury earlier in his career.

“I have no idea exactly what his injury was or if it was similar to mine, but, yeah, wrists aren’t easy,” he said.

“It’s difficult when you try to come back from that, because the pain that you feel when you initially hurt it, mentally it’s very difficult to, you know, let go of the wrist.”

Murray will be back on action in the Spanish capital on Tuesday as he will face 14th seed Denis Shapovalov in the second round of the ATP Masters 1000 event.