WATCH: Boy goes berserk after Novak Djokovic gifts racket to him as thanks for ‘coaching’ him during match 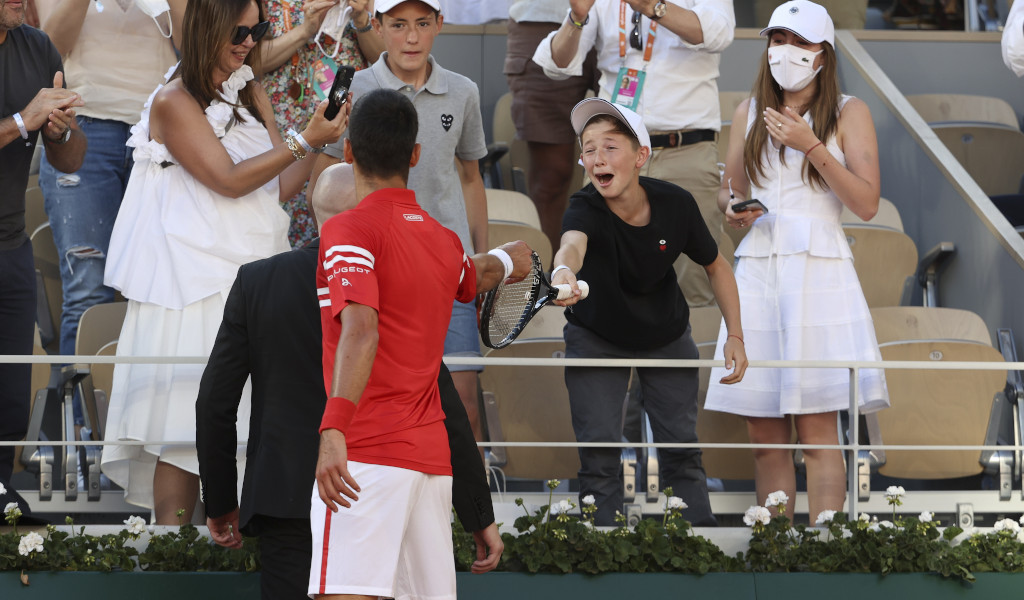 A young boy got a souvenir of a lifetime as Novak Djokovic gifted his French Open final winning racket to him after his match against Stefanos Tsitsipas.

World No 1 Djokovic came from two sets to love down to beat Tsitsipas and secure his 19th Grand Slam title and second Career Grand Slam.

However, instead of packing his match-winning racket away in his bag, the Serbian handed it as a gift to a young boy who was “in his ear the entire match”.

Novak giving the kid a hug and his racket was just the cutest thingggggg pic.twitter.com/DgCnYW1HTU

During the post-match press conference the tennis great revealed why he gave the racket to the boy.

“Well, I don’t know the boy, but he was in my ear the entire match, especially when I was two sets to love down, he was encouraging me,” he said.

“He was actually giving me tactics as well. He was like ‘hold your serve, get an easy first ball and then dictate, go to his backhand’. He was coaching me, literally.

“I found that very cute and very nice. So I felt like to give the racket to the best person [and that] was him after the match. That was kind of my gratitude for him for sticking with me and supporting me.”

A gift to a great supporter 😄#RolandGarros | @DjokerNole pic.twitter.com/F04a5UDNQr