WATCH: Daniil Medvedev has meltdown during Halle final, yells at his coach, who then storms off court 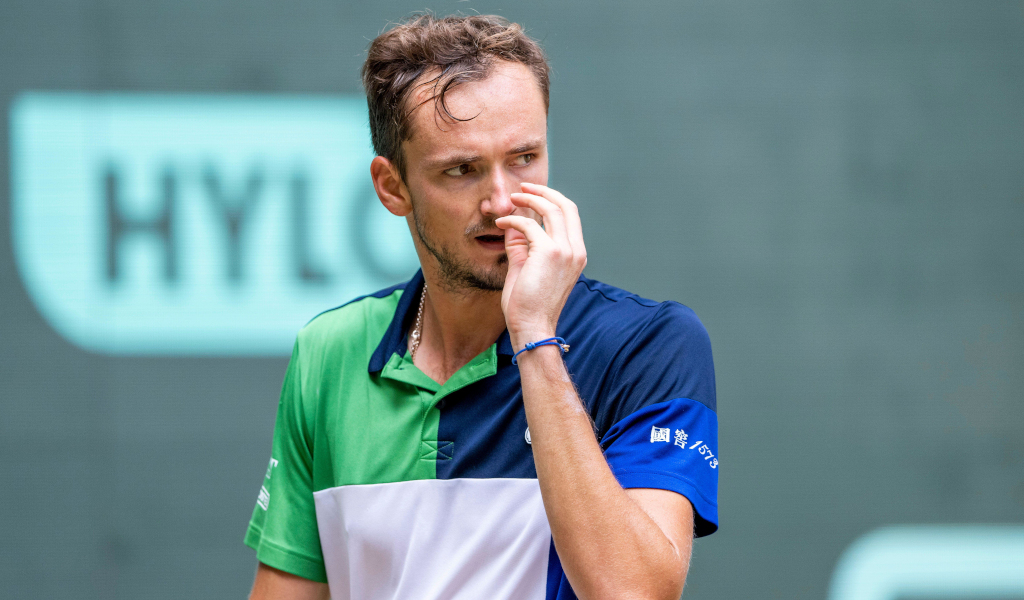 For the second week in a row, Daniil Medvedev lost a grass-court final as he was beaten by Hubert Hurkacz in the Halle Open, but this time his emotions got the better of him.

Just a week after he was “destroyed” by world No 205 Tim van Rijthoven in the Libema Open final, world No 1 Medvedev was on the receiving end of another lopsided score as he went down 6-1, 6-4 against the Pole.

The first set lasted only 27 minutes as Hurkacz raced into a 5-0 lead before Medvedev got onto the scoreboard. The fifth seed then broke in the opening game of the second set and eased over the finish line.

Medvedev apologised to the crowd during the post-match presentation for “not making this match longer and more interesting” and conceded that he was “not easy to be with on the court” during the week.

The second reference was likely for his coach Gilles Cervara, who stormed off during the second set after the Russian lost his cool and started screaming at him.

Hurkacz, who reached the semi-final of Wimbledon last year, claimed his first singles crown of the 2022 season while it was also his maiden title on grass and naturally he was delighted with his afternoon’s work.

“I’m super excited, I’ve been waiting a little bit for my first [title] this year,” he said. “I’m happy to win my first ATP 500 title and of course, on the grass it is very special.