WATCH: Denis Shapovalov tells crowd to ‘shut the f*** up’ and calls for NBA-style rules against hecklers 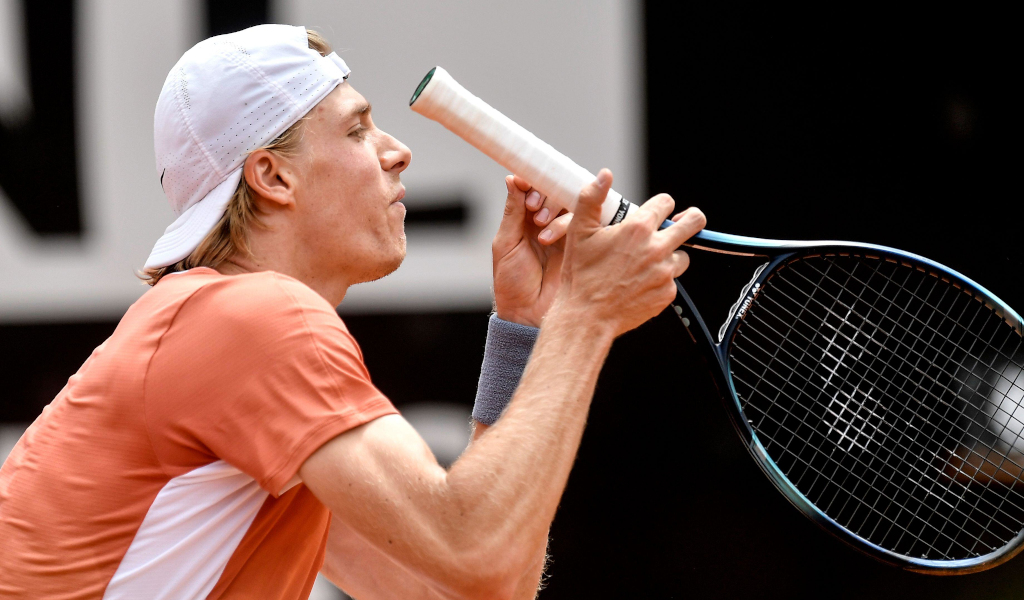 Emotions boiled over for Denis Shapovalov during his first-round win over Lorenzo Sonego at the Italian Open as he was involved in a heated exchange with the chair umpire and the crowd.

It all kicked off in the second set with Shapovalov serving at 3-4 down when a return from Sonego was initially called out before umpire Richard Haigh took a closer look and overruled the line judge to award the point to the Italian.

Shapovalov was furious and climbed over the net to his opponent’s side of the court – something that is not allowed in the ATP rulebook – to show the umpire the mark.

“That’s the mark right there you see,” he told the official, but was handed a code violation for unsportsmanlike conduct.

Haigh replied: “I understand it was a kick serve, that’s the mark I had but I didn’t think it was that short. Denis, listen, because you crossed the net you’re going to get another code violation. You can’t cross the net.”

Shapovalov: “No way! Come on I was just showing you the mark. Call the supervisor that’s b*******! That’s so unfair.”

Haigh: “Listen, Denis, I know what you were doing.”

Shapovalov: “I’m not doing anything unsportsmanlike. How can you give me a point penalty for that?”
Haigh: “That’s just the rule.”

Shapovalov: “No it’s not it’s stupid. That’s so unfair. Call the supervisor I showed you the mark.”

The supervisor came and went, but the decision stood and with the Italian crowd starting to boo, he shouted “shut the f*** up!” and was handed a game penalty.

During his post-match conference he admitted that the crowd got under his skin, but feels the umpire needs to be stricter.

“He was just telling me to get off the court, get out of there, waving me off the court. Trying to obviously get under my skin or whatnot,” the Canadian said.

“I think the umpire just needs to keep an eye on it if a player mentions something.

“The reason why (the heckler) didn’t get kicked out was because (the umpire) told me he didn’t see what happened. That’s very understandable. I feel like he kept an eye on him after that. It didn’t bother me after that.”

He added: “I think in the NBA there’s a lot of hecklers and stuff like that. They’re pretty strict, the security and everything, that (the fans) don’t cross the line. If they do, they’re kicked out right away.”

Shapovalov was also involved in a heated exchange with the chair umpire during his Australian Open defeat to Rafael Nadal at the start of the year and concedes it is something he needs to work on.

“Obviously I think it’s a heat-of-the-moment kind of thing. I just need to improve with handling myself about that,” he said.

“But in terms of going forward, I’ve played in Rome a lot of times. The fans love me here and I love the fans… Even after the match, there were a lot of people standing, waiting for pictures, stuff like that.

“I do really appreciate the sport and the love I get here. I’m super excited to play another match – not against an Italian.”