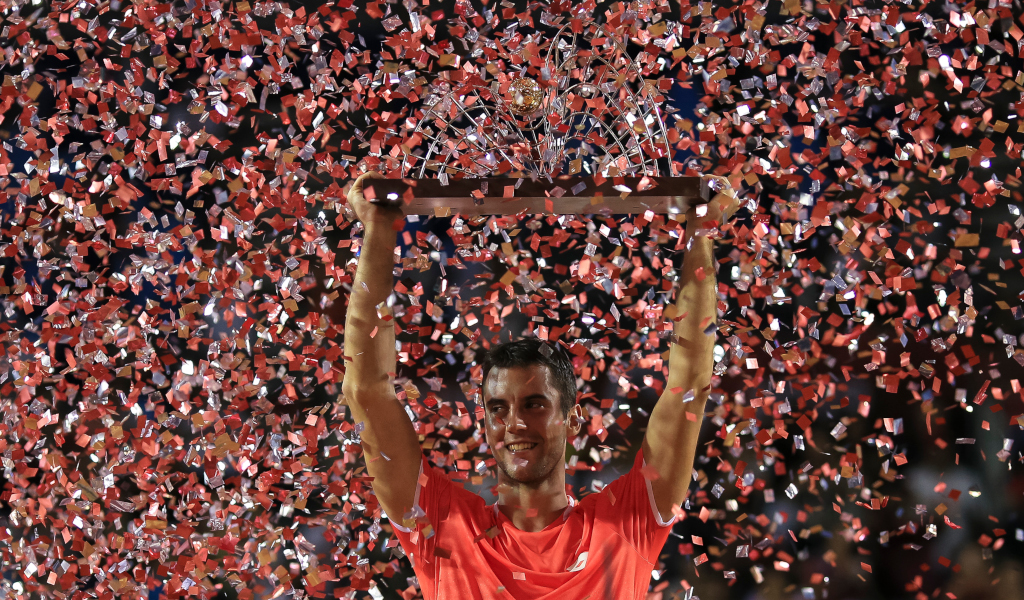 Laslo Djere capped off a brilliant run at the Rio Open with his maiden ATP Tour singles title and then delivered an amazing acceptance speech dedicated to his parents, whom he lost to cancer.

There were six breaks of serve in the first set with Djere leading it 4-2, but he found himself behind early in the second set as the 18-year-old Auger-Aliassime broke in game one.

However, he was back on level terms five games later and then claimed the crucial break in game 12 as he won on his fifth match point.

The 23-year-old struggled during his speech as he dedicated it to his parents.

“And also to my dad, I lost him two months ago. My parents had the biggest impact on me and, because of them, I am who I am today. I hope they are watching me now.”

“I lost my mom seven years ago and I want to dedicate this one to her. And also to my dad, I lost him two months ago.”