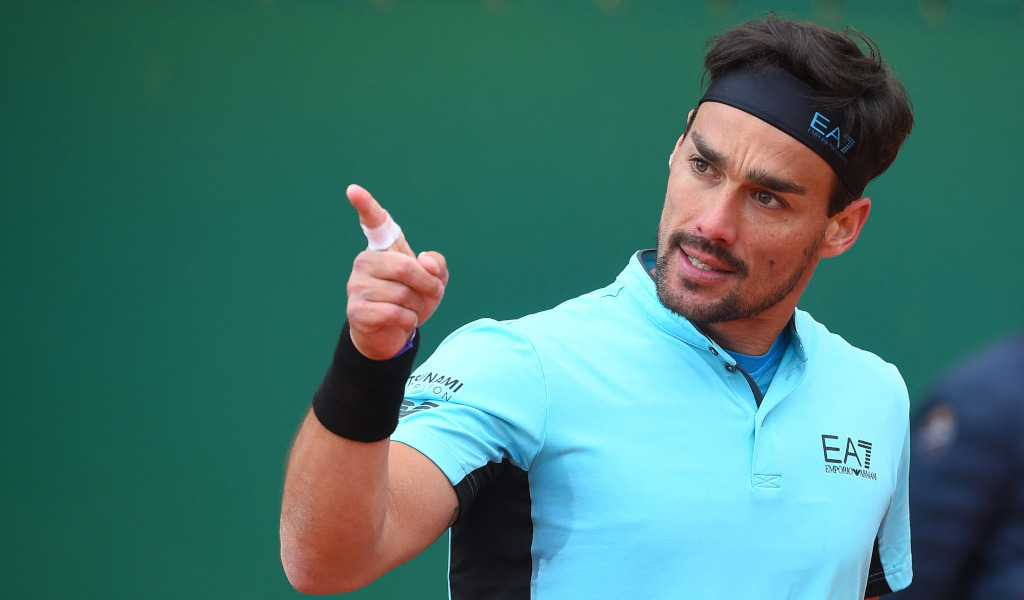 There were plenty of finger pointing and checking of marks during an intense post-match argument between Fabio Fognini and Aljaz Bedene after their Hamburg European Open clash.

Fognini came out on top of a tight three-set first-round encounter on Tuesday to win his 400th ATP Tour match, but the handshake with Bedene at the net was quite tense and then it all kicked off.

Things got heated and chair umpire Aurélie Tourte had to get in between the two players to prevent things from getting physical, but that didn’t really stop them from arguing.

They went over to the other side of the court to discuss some marks on the court at one point, but again they didn’t get any closer to settling the argument.

The Slovenian accused the Italian of showing wrong marks to be checked to win points.pic.twitter.com/cDa5w9SuGx

Bedene was heard shouting “every time we play, you do something like this”, but his Italian opponent was having none of it and replied “I saw the ball (here) 110 percent, why are you telling me this isn’t fair?”

The exchange lasted for two minutes before both players went their separate ways.

It is not the first time that Fognini has been involved in altercations as he was defaulted from the Barcelona Open last year for verbally abusing an official and smashing a racket while he had exchanges with Stefanos Tsitsipas in Indian Wells in October last year and Salvatore Caruso at the 2021 Australian Open.

Fognini will play seventh seed Karen Khachanov in the second round on Thursday while the winner of that clash could potentially face top seed Carlos Alcaraz in the quarter-final.