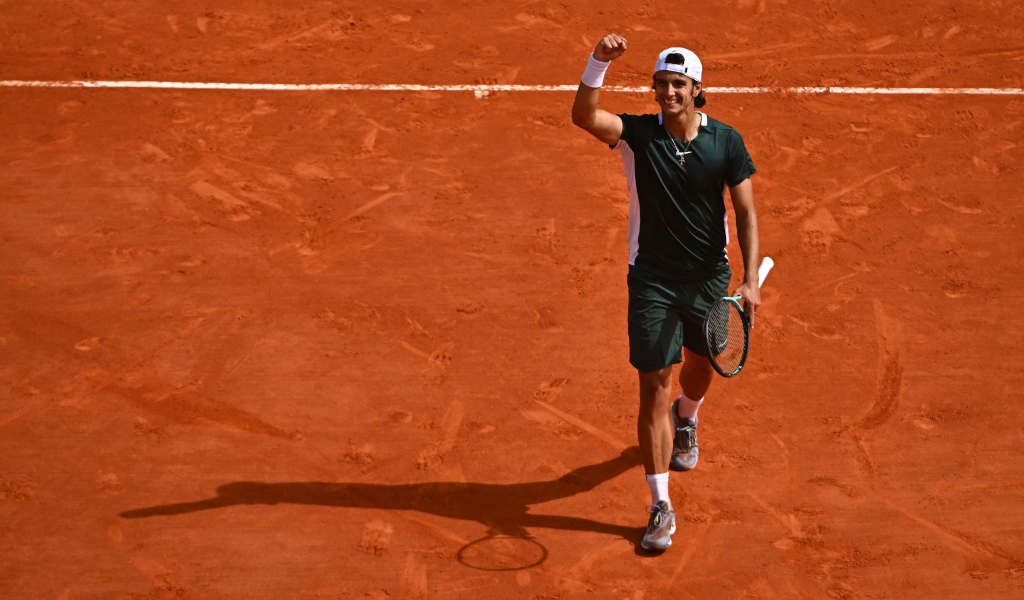 Lorenzo Musetti booked his place in the last four of the Hamburg Open after a straight sets win over Alejandro Davidovich-Fokina.

Musetti was made to work hard for the win despite taking the match 6-4, 6-3.

As this early point demonstrates, Davidovich-Fokina wasn’t in the business of handing Musetti free points.

You might not see it on the first video but Musetti breaks out a tweener in the middle of this intense back and forth.

How do you like that for execution under pressure?

Lorenzo Musetti didn’t get much luck when it came to the draw in Hamburg, starting his tournament with a tricky assignment against Dušan Lajović.

The 20-year-old Italian is poised to crack the Top 50 of the ATP Rankings for the first time thanks to his deep run in Germany.

Musetti enjoyed the testing but highly entertaining clash against a man he counts as a close friend on the tour.

“I think I played one of the best matches of the year,” he said after the victory against his close friend. “Really intense from the beginning and really focussed on each point. I think that was the key to get through with the win.”

“I was returning really good. I was hitting with full power every shot,” said the Italian, who converted five of seven break points in the quarter-finals. “I was really confident. Sometimes it’s like this, it’s a joy to play.

Having come into the tournament on a six-match losing streak through a lean grass swing, Musetti has relished the return to clay winning six straight sets to book his place in the last four.

Musetti will face Francisco Cerundolo in the semi-final.