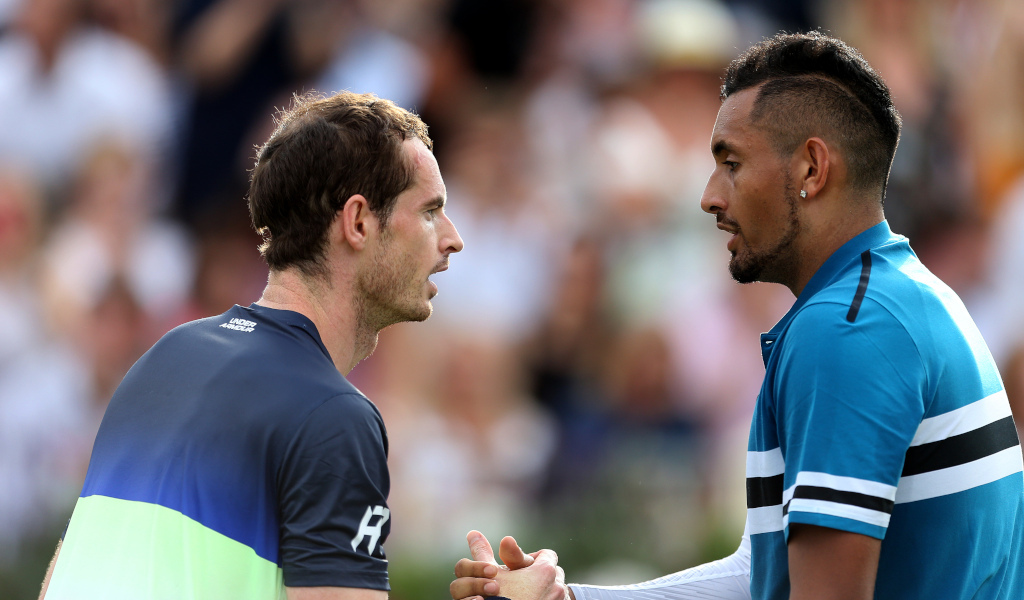 The tennis world might have to come up with a new moniker for Nick Kyrgios and Andy Murray if the former gets his way and convinces Murray to play doubles with him.

Besides declaring that Murray was a better player than current world No 1 Novak Djokovic and also complimenting the Scot about his looks, Kyrgios also asked the two-time Wimbledon champion to play doubles with him once the sport resumes.

“I feel pretty good I was doing well before the injury at the Davis Cup. I think when things get back to normal I think I will be alright,” Murray said about his fitness.

Kyrgios hit back by asking: “Can we play doubles? Give the fans what they want. Play for the crowd.”

So what will their nickname be if they team up when the sport restarts? Murrios? Andick? Kyrray?