WATCH: ‘One day we are going to lift that trophy together,’ says Alexander Zverev in emotional US Open speech 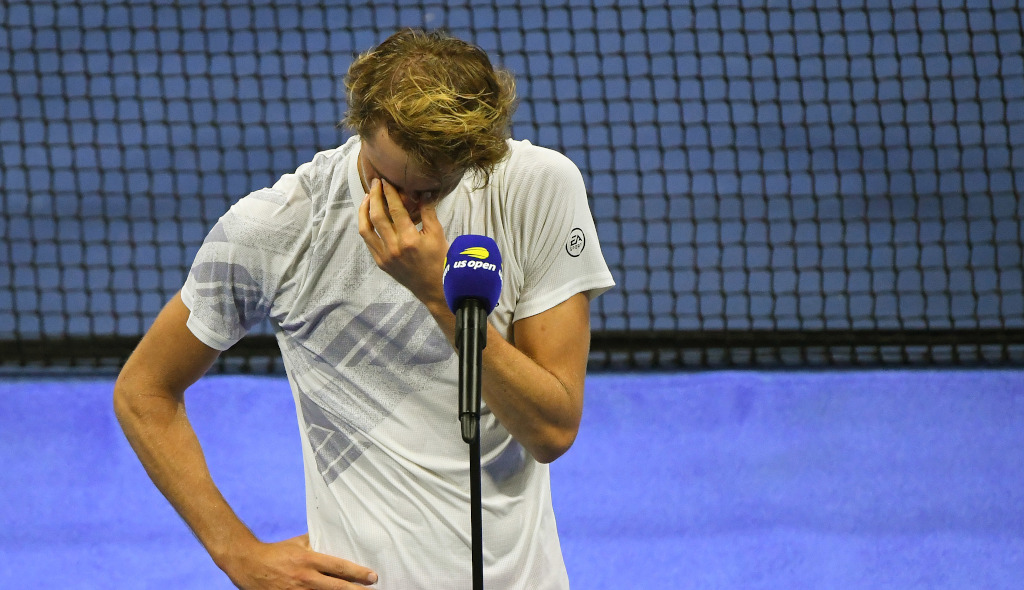 Alexander Zverev has vowed that he will win the US Open one day after a dramatic five-set loss against Dominic Thiem in the final on Sunday.

Nothing but class from @AlexZverev after an incredible match 👏 pic.twitter.com/U8X3W2gP2n

“First of all, I want to congratulate Dominic on the first of many Grand Slams…I wish you would have missed a little bit more, so I could have held that trophy, but here I am giving the runner-up speech,” he said.

“I obviously want to thank my team for sticking with me. The last two years haven’t been easy in my tennis career. We are definitely on the way up. One day we are going to lift that trophy together.”

He continued and paid tribute to his parents who were unable to join him at this year’s event in Flushing Meadows due to the coronavirus pandemic.

Zverev talking about his parents to close out his runner-up speech was such a heartfelt moment pic.twitter.com/4KLCejUoWj

“They’re always with me in every single tournament that I go to. Unfortunately, my dad and mother tested positive… and they couldn’t have gone with me. I miss them. Man, this is tough. I’m sure they’re sitting at home and even though I lost, they’re pretty proud.”