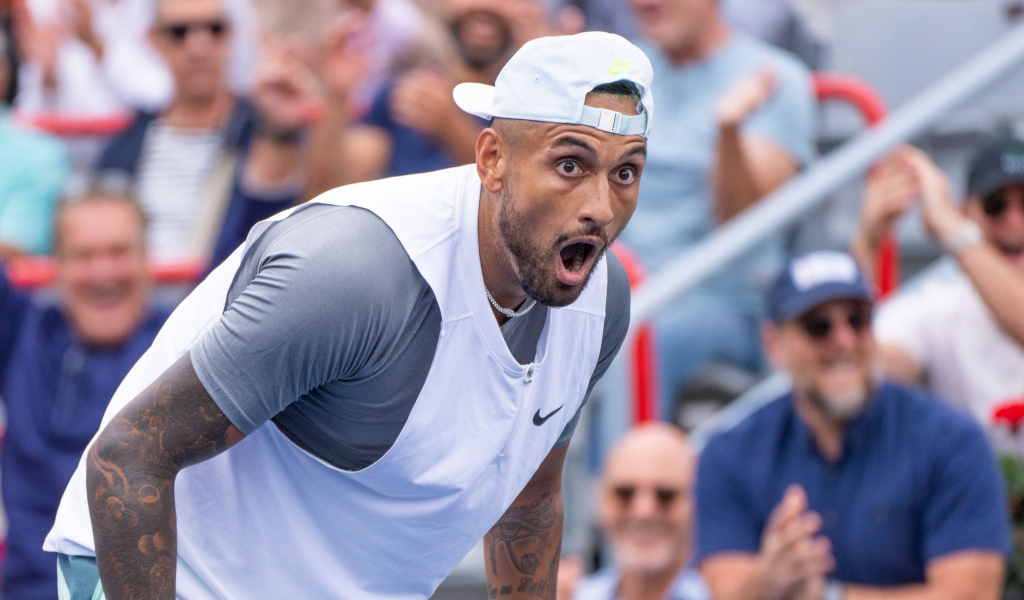 The Nick Kyrgios roadshow hit the Western & Southern Open on Tuesday as the Australian and Alejandro Davidovich Fokina gave the crowd their money’s worth in their opening clash in Cincinnati on Tuesday.

Kyrgios is in the form of his life as he finished runner-up to Novak Djokovic at Wimbledon and won the Citi Open a fortnight ago. He also reached the quarter-final of the Canadian Open last week.

And he claimed another impressive 7-5, 6-4 win over Davidovich Fokina in a highly-entertaining first-round encounter at the ATP Masters 1000 event. Kyrgios is now 15-2 in his last four tournaments and his record for 2022 stands at 31-8. He has also won all 11 of his first-round matches this year.

While Kyrgios dominated, Davidovich Fokina also played his part to give the crowd plenty of reason to get on their feet and cheer.

The Spaniard had break points in games six and eight of the opening set, but Kyrgios managed to dig himself out of trouble and eventually broke in game 11.

The world No 28 started the second set with a break in the opening game, but Davidovich Fokina was back on serve in game four only for Kyrgios to hit back in the next game before going on to see out the match in 90 minutes.

The Australian had nothing but praise for his opponent after the match, but admitted that he felt weary.

“He’s so talented, got so many shots at his disposal so I knew that I just had to serve well and dictate as much as I can. His backhand is incredible so it was a tricky match,” the 27-year-old said.

On getting broken, Kyrgios said: “You just have to continue to keep pushing and keep trying. I didn’t feel the best physically, a bit worn out with everything, but I just mentally played the big points well.

“I got broken back, but I used that energy to push returns in and then force another break. It’s not easy out here, so I’m happy with that.”

It doesn’t get easier for the Australian as he will face 11th seed Taylor Fritz for a place in the third round. The American claimed a comfortable 6-1, 6-1 victory over Sebastian Baez from Argentina.

The winner of the Kyrgios-Fritz clash will face either sixth seed Andrey Rublev or lucky loser Fabio Fognini for a place in the quarter-final with world No 1 Daniil Medvedev the projected opponent.

Medvedev secured a 6-4, 7-5 win over Botic van de Zandschulp on Tuesday and will face either Tommy Paul or Denis Shapovalov in the third round.