‘We have improved a lot’ – Dominic Thiem’s warning to Rafael Nadal, Roger Federer, and Novak Djokovic 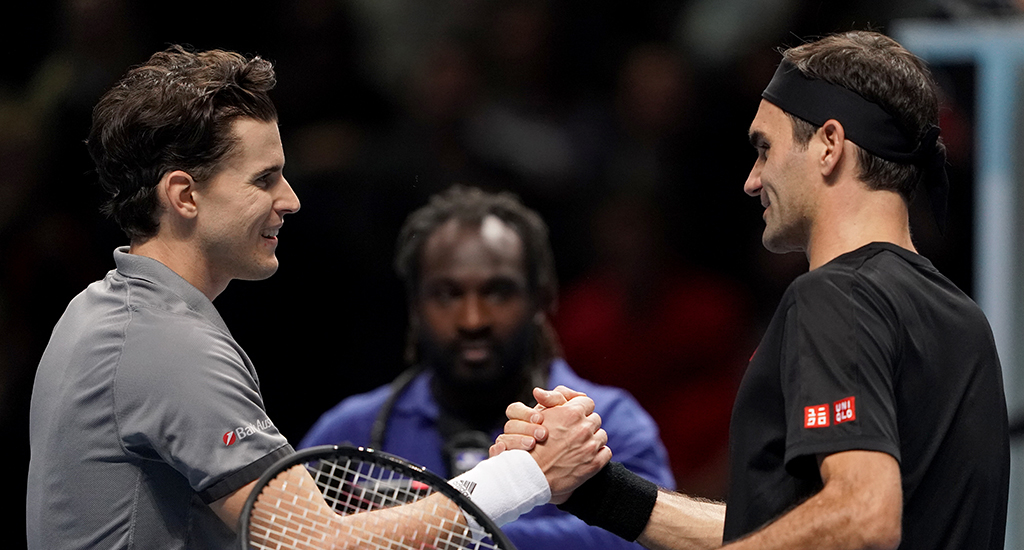 The ‘big three’ of Rafael Nadal, Novak Djokovic, and Roger Federer will fail to sweep the Grand Slams in 2020, a confident Dominic Thiem has predicted.

Tennis’ titanic trio have all but monopolised the Grand Slam titles for years, although the younger players have started to get a little sniff at the crowns of late.

Thiem himself has lost the last two French Open finals to Nadal, with Daniil Medvedev also falling to the Spaniard in the US Open last year.

Meanwhile Stefanos Tsitsipas won the ATP Finals in a tournament in which Federer, Nadal, and Djokovic all struggled.

And all of that, according to Thiem, suggests that there is finally about to be a changing of the guard in tennis.

“I think we challenged them already, a lot,” Thiem said.

“Last year we competed – especially at the ATP Masters 1000 and ATP Finals – the last stage we have to conquer is the grand slam stage.

“I really think we will see a new grand slam champion in 2020. I really hope it’s me but there are also so many other strong guys who can achieve that.

“There has to be a time where we are ready to also win the biggest tournaments and hopefully – or probably – it’s going to happen in 2020.

“There are four or five young guys [who are ready to win a slam], but it’s not a sure thing. It could happen – the big three could win all four titles – because they’re just so good. They’re all big legends.

“But I think we, the younger guys, we have improved a lot and we are all used to winning big titles.

“Stefanos [Tsitsipas] and [Alexander Zverev] – they won ATP Finals and ATP 1000 titles – it really can happen this year.”