Who is Holger Rune and is he the next big thing in tennis? 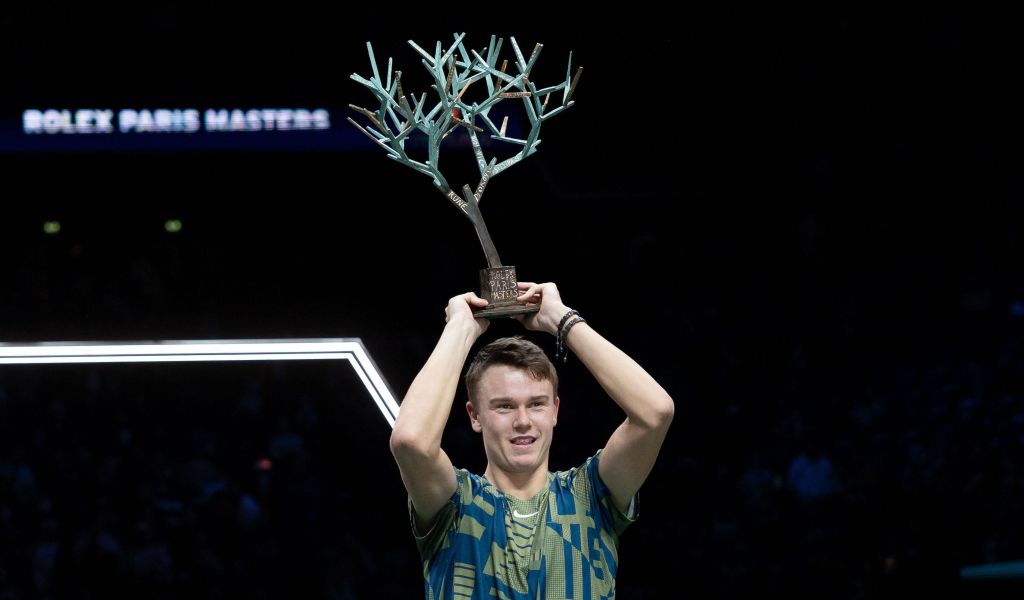 He is the name on everyone’s lips at the back end of the 2022 ATP Tour season and now we wait to see what happens next with Holger Vitus Nodskov Rune.

The Danish teenager has been in sensational form as he has ripped through some of the biggest names in tennis over the last few weeks, with his win over Carlos Alcaraz at the ATP 1000 event in Paris his first against a reigning world No 1.

He backed that up with a sensational semi-final success against Felix Auger-Aliassime and a remarkable three-set win against Novak Djokovic in the final.

With two ATP titles to his credit this season, the 19-year-old’s run to the Paris title highlighted his potential and now he will close the year inside the top ten of the world rankings.

Rune was born to parents Anders and Aneke, who travel with him to tournaments. He also has a sister, Alma.

This gifted star began playing tennis when he was six, with his sister Alma also playing to a good level and inspiring him to get involved in the sport.

He shot to prominence when he won the 2019 French Open junior title and admits that win gave him inspiration for more.

“I have unbelievable memories,” Rune told rolandgarros.com of his title win three years ago. “It was my first junior Grand Slam title.

“It’s funny, I still look back at it and think it’s an unbelievable moment now for my career, even though it’s juniors. This title kind of means more inside to me than any other title ahead.”

Rune won three titles on the ITF World Tour in 2020 to highlight his potential and backed that up with victories in ATP Challenger events last year, but 2022 has been his breakthrough year.

He started this year with an ATP ranking 103, with his stated aim being a break into the top 100.

That box was ticked quickly, as he won an ATP Tour Challenger title in Italy in April and then enjoyed a run to the last-32 of the Monte Carlo Masters after coming through qualifying in that glamorous event.

A first ATP title in Munich followed as he cemented his reputation as one of the rising stars of the game, with a run to the quarter-finals at the French Open confirming he is a player on the march.

THE RISE OF RUNE

Following quickly in the footsteps of current world No 1 Carlos Alcaraz, Rune has made the leap from the junior ranks to the pros in impressive fashion.

Now he has found his feet on the ATP Tour in sensational fashion by reaching his first Masters 1000 final in Paris after he backed up his win against Alcaraz with a stunning victory against the in-form Félix Auger-Aliassime in the semi-finals.

Teaming up with coach Patrick Mouratoglou has clearly helped him take a step forward in his career, with the magnificent Mouratoglou Academy set-up in Nice a great place for Rune to train with other elite performers.

“Success, for me, is getting information,” declared Mouratoglou, who worked with Serena Williams during the best days of her career.

“During this period of time, I want a super clean idea of what we have to do to bring Holger to the next step.

“Holger is at a moment of his career where he and his team are looking for an extra to go to the next level.

“The more you grow, the more the work to be done has to be precise. His goals are very high.

“He always said he wanted to be number one and it’s not just a word. He really can reach them.”

Whatever comes next in Rune’s career, he will always have the ATP 1000 win in Paris on his record – and he did it by beating the great Djokovic.

A run that included victories against five top ten opponents as he lifted the title in the French capital is the greatest breakthrough win since Emma Raducnau’s 2021 US Open triumph.

Holding his nerve in the final against Djokovic was a sign this is a champion in the making.

It would have been easy to crumble as the tension was cranked up in the third set, but Rune kept his composure to break at 6-5 and then, remarkably, found a way to come through an epic final game to take the title.

Young upstarts don’t do that to Djokovic, but Rune may well be a little different than the rest.

It feels like we are at the start of something special with Rune.

As was the case with Alcaraz this time last year, tennis has another teenager threatening to break through at the highest level and the scale of his progress suggests so much more is still to come.

Rune’s dream is to follow in the footsteps of his hero Roger Federer and win multiple Grand Slam titles and from what we have seen over the course of this year, those goals could be realistic in 2023.

“I’ve always had a very strong belief in myself,” said Rune.

“I’m always trying to seek for better and I have my goals and they’re very high. But this is what keeps me motivated every day also.

“And also my dream is to be the best in the world. And there’s still a long way. So that’s fine, I’m not satisfied yet.”