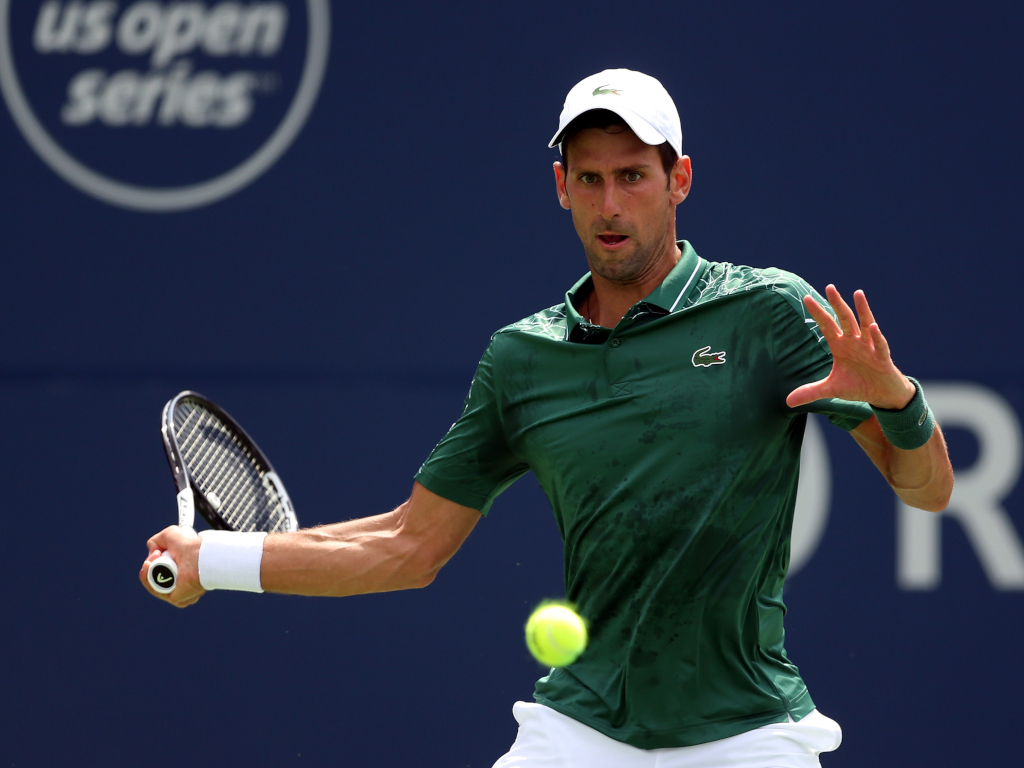 Novak Djokovic sees no reason why he can’t do well during the hard-court season in North America.

The 2018 Wimbledon winner kicked off his Rogers Cup campaign with a commanding victory over Mirza Basic.

In his first match since winning his 13th Grand Slam title, Djokovic secured a 6-3, 7-6 (7-3) win over the lucky loser from Bosnia to set up a second-round clash against Peter Polansky.

Naturally he is high on confidence after his success at SW19 and he wants to carry that into in the hard-court swing.

“I always am very optimistic and going to the tournaments with high expectations and ambitions, but it’s quite different when you have Grand Slam title under your belt,” he said.

“Hard court has historically been my most successful surface, so there’s no reason for me to believe that I cannot do well.”

Djokovic’s Wimbledon success came on the back of a difficult start to the 2018 season as he underwent surgery on his elbow and then struggled for form.

However, he started to find his groove again during the grass-court swing and then went all theway at the All England Club.

“I think just in general, consistency of playing on a high level match after match, I haven’t had that post surgery for several months,” he said.

“I was struggling to play two or three matches in a row consistently well. So that has changed and obviously feels good.”

He added: “It’s frustrating when you’ve played so well for seven, eight years and knowing that the level that you play on is not there for you for several months.

“I worked really hard, probably harder than ever, but I just wasn’t able to play at the desired level.”