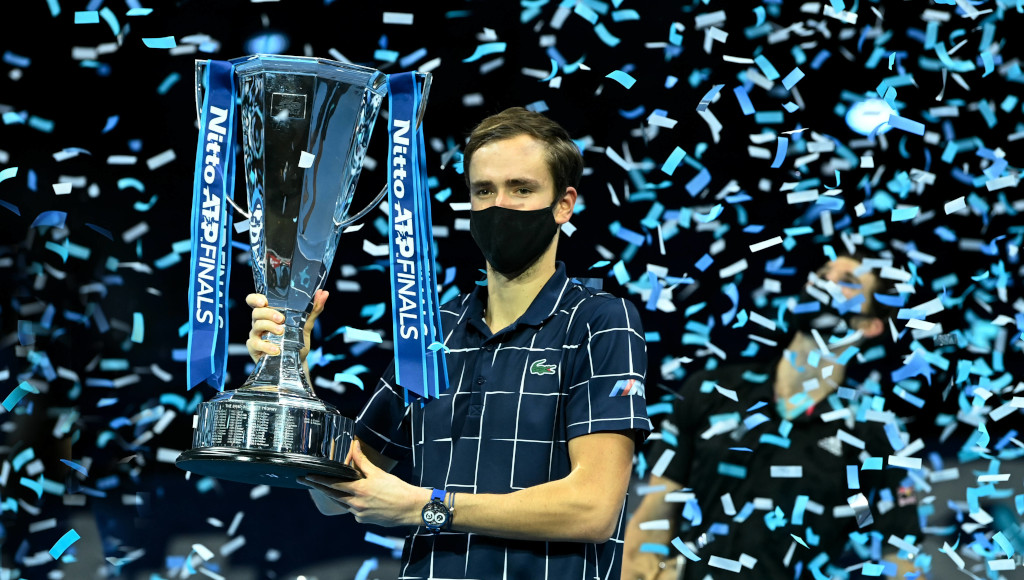 Newly crowned ATP Finals champion Daniil Medvedev hopes his success at the season-ending event will give him the self-believe that he can also do it at Grand Slams.

The Russian enjoyed a wonderful week at London’s O2 Arena as he won his three group games, including a straight-set win over world No 1 Novak Djokovic, then came from a set down to beat world No 2 Rafael Nadal in the semi-final.

In the final he came up against US Open champion Dominic Thiem and the Austrian won the opening set before Medvedev produced a brilliant comeback to win 4-6, 7-6 (7-2), 6-4.

The 24-year-old, who finished runner-up to Nadal at the 2019 US Open, feels his performances at the ATP Finals will be a good platform for the majors, and the sports betting offers point towards exactly that, too.

“My level of game here, especially [in] the last two matches I won [was] just unbelievable. It can give me a lot for my future career,” he said.

“To beat Dominic the way he played and to manage to beat him is probably my best victory of my life. Not even talking about the title itself. I mean, to win the Nitto ATP Finals, being undefeated, honestly I know I can play good, but I would not believe it if you would tell me this before the tournament.

“So [this is] a great boost of confidence for all the Slams coming up and all the tournaments. Hopefully I can continue this way.”

By beating Djokovic, Nadal and Thiem, Medvedev became the first player in 13 years to defeat the top three players in the ATP Rankings in the same week.

“It is amazing [to beat the Top 3 here]… In the group I beat Novak, then Rafa in the semi-finals and Dominic in the final, [the] best players in the world… [It] means a lot,” he said.