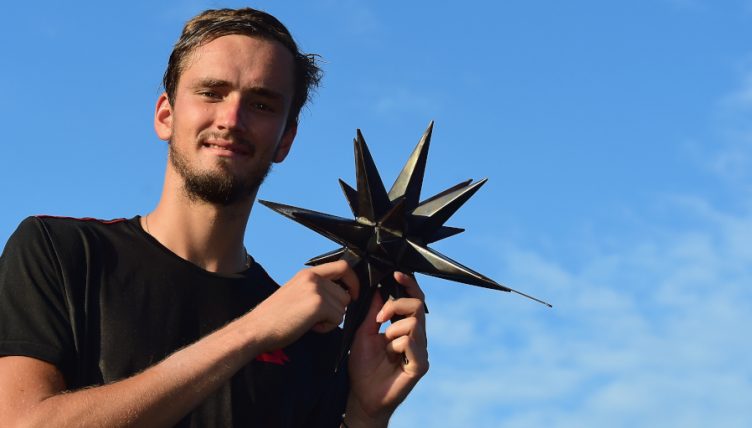 At the start of the week Daniil Medvedev didn’t think he would win the Winston-Salem Open, yet six days later he found himself lifting the trophy.

The Russian beat Steve Johnson 6-4, 6-4 to claim his second ATP Tour singles trophy, having also won the Sydney International at the start of 2018.

One break of serve in each set was enough to earn the 22-year-old the title as he won the tournament without dropping a set.

“At the beginning of the week, I didn’t think it was going to be possible because I was playing quite good but I didn’t feel I was at the right form to win a title,” he said.

“I started quite slow the tournament I would say. I could’ve even lost the first match, and finally I won the tournament without dropping a set, which is quite an amazing achievement and I’m really happy about it.”