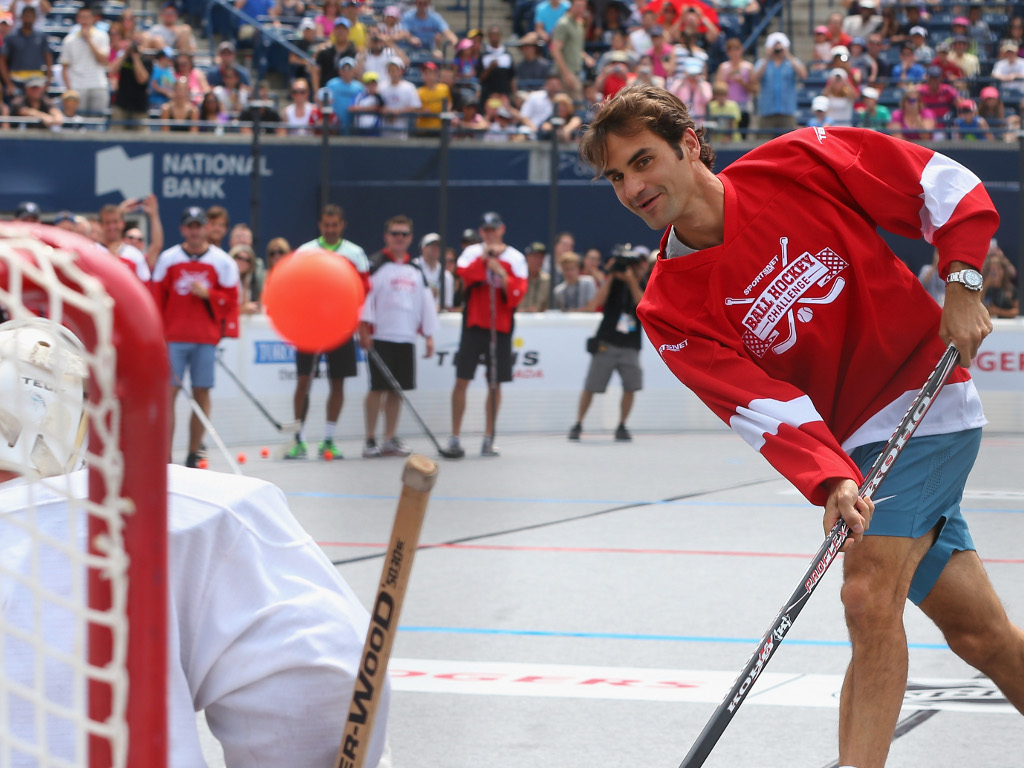 Ah, the Winter Olympics are here once again. It’s time for us to get excited about curling, bobsleigh, luge and biathlon only to forget about it once the PyeongChang Games are over.

We reckon a few tennis players would be very good at curling. They do need some brilliant hand skills and wrist work to produce some, erm, curling shots when they are out on court so there is no reason why they can’t put that to use in curling.

The Swiss Fed Cup team got us in the mood with their Winter Olympics charade. If you haven’t seen it yet, here you go.

So then, which event do you reckon Roger Federer would be good at when it comes to Winter Olympics sports? Canadian teenager Denis Shapovalov feels ice hockey.

However, Federer himself has admitted he loves a bit of figure skating along with athletics, but we are not talking about the Summer Games now.

Federer, though, does have skills when it comes to hockey, albeit a different kind to ice hockey. He’s from Switzerland so we expect he would be good on the ice. We were not initially so sure about his ability to score goals, but you wait for it in the video below.

While Shapovalov is a big Federer fan, the teenager himself has a big ice hockey fan in his own corner as the legendary Wayne Gretzky is “generally excited to watch this young man go”.

What about Serena Williams and Caroline Wozniacki. Are they good on the ice?

And here is Milos Raonic against an ice hockey goalkeeper.

What is Andre Agassi’s favourite sport on the ice? Maybe curling? Luge? Ski jumping? No, it is snowboarding.

The former world No 1 admitted in an interview with The Guardian that his guiltiest pleasure is “to travel vast distances just to go snowboarding on great snow”.

And here he shares how he got in to snowboarding.

But it has already been a painful experience as he was forced to miss the World Tennis Challenge earlier this year as he injured his shoulder during a snowboarding accident.

Then there was curling featuring Jim Courier and Mark Philippoussis. A bit of a weird combination, but there are seven parts on YouTube and we’ll start you off with Part 1.

Stan Wawrinka is a massive ice hockey fan and he supports the Lausanne Ice Hockey Club, but here he is at an NHL game.

Maria Kirilenko playing ice hockey and she does well to stay on her feet.

Meanwhile, Andrea Petkovic shows why she chose tennis over skiing.

Then there was tennis on the ice.

If tennis on ice is not enough, then how about tennis vs hockey on ice?