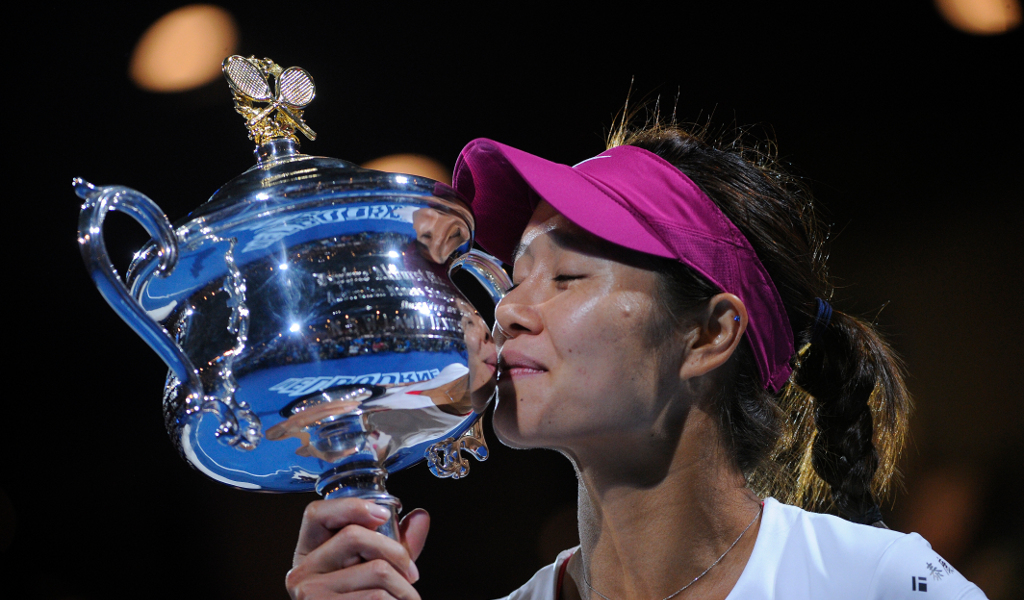 Tennis greats Yevgeny Kafelnikov, Li Na and Mary Pierce reached the “pinnacle” on Saturday when they were inducted into the Tennis Hall of Fame.

He is a former world No 1, a two-time Grand Slam winner (1996 French Open and 1999 Australian Open), an Olympic gold medal at the 2000 Sydney Games and 27 Tour titles, but Kafelnikov believes his tennis journey is only complete now that he has become a Hall of Famer.

“It’s one of those things where I understand that finally my whole career is completed,” the Russian said ahead of the ceremony. “This was the last sort of pinnacle that every professional athlete wants to accomplish. To be recognised as a Hall of Famer, it’s a huge honour.”

And once the formalities were out of the way, he could not hide his delight.

“I know what it’s like and how to be a Hall of Famer, and I will definitely carry that responsibility for the rest of my life,” the Russian said.

Li created history when she became the first Chinese and Asian player to win a singles Grand Slam title when she won the French Open in 2011 and three years later she captured the Australian Open.

She also reached a career high of No 2 in the world rankings.

“This means, for me, everything. My name is Li Na from China. Li Na is a common name in China. I did not choose this. I started playing tennis when I was eight. My mom chose it for me… and during this time, I hated tennis because during school…I had no time to play with my friends,” Li said.

“When the time went by, I really enjoyed this amazing sport. Tennis has taken me around the world, exploring different countries because of this great sport.

“In the future, I will do all I can to inspire, to help more young and upcoming players in the hope that they can enjoy this amazing sport.”

It’s official! I’m so grateful for this honor from the @TennisHalloFame and I am thrilled to have my family here with me ???? Now it’s time to celebrate #Classof2019 pic.twitter.com/0j8z2ZKGNU

“This day has finally arrived. I’ve been waiting for this for six months since it was announced in January,” the Frenchwoman said.

“Tennis has taught me so much in life. It’s a great teacher. Anything you want to achieve doesn’t come easy.

“The great dreams that I had in tennis…to achieve them, I always felt I gave 100 percent of myself. Dreams are like fuel, and my dream was to one day win the French Open.

“It was my ultimate dream in tennis and it came true. Winning the doubles with Martina Hingis was like the cherry on top… I would never be up here if it wasn’t for everyone who helped me on this road, on and off the court.”