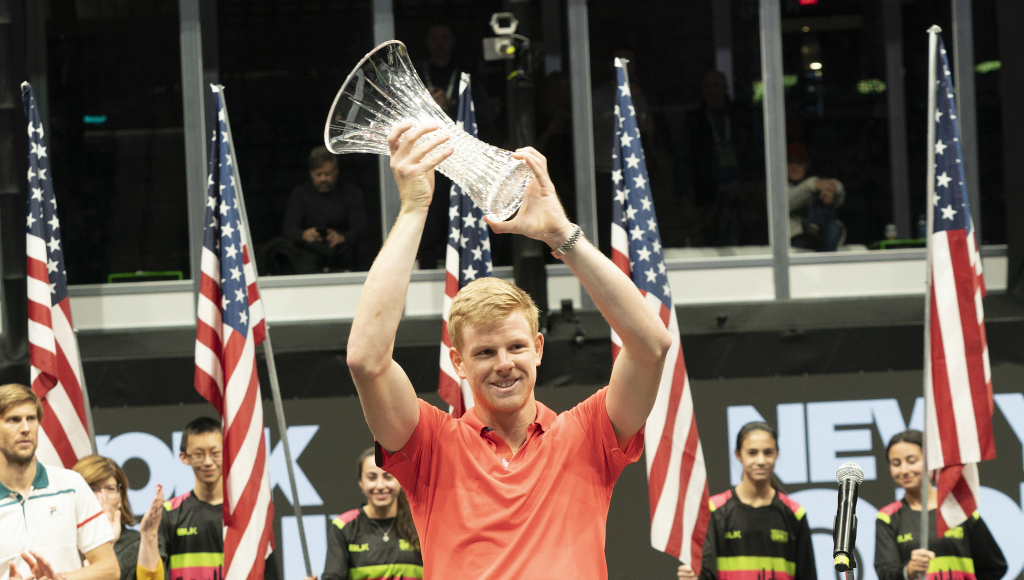 Kyle Edmund’s title drought is over after he beat Andreas Seppi in straight sets in the New York Open final to secure his first ATP Tour singles trophy since October 2018.

Appearing in his first final since winning that European Open in Antwerp 16 months ago, Edmund produced an impressive display as he brushed aside the Italian 7-5, 6-1 in one hour and 22 minutes.

After claiming the crucial break at 5-5 in the opening set, the 25-year-old then won eight of the last nine games to ease over the line.

The win will see Edmund, who slumped to No 62 after exiting the Australian Open in the first round, climb back into the world top 50 in the latest ATP Rankings.

“There’s a lot hard work throughout the year, a lot of ups and downs that you don’t see behind the scenes. To win this title means a lot to me,” he told ATPTour.com after winning his second singles title.

He later added to AP: “The reasons you get to right now and the trophy here and what makes it nice is because you have to experience all those downs and then it makes you realise that just can’t take the success for granted.

“You get the success from having the downs because you learn from that, and the low points mentally and the disappointments of losing matches, those help you get to the happy times, the success, the winning the matches.”