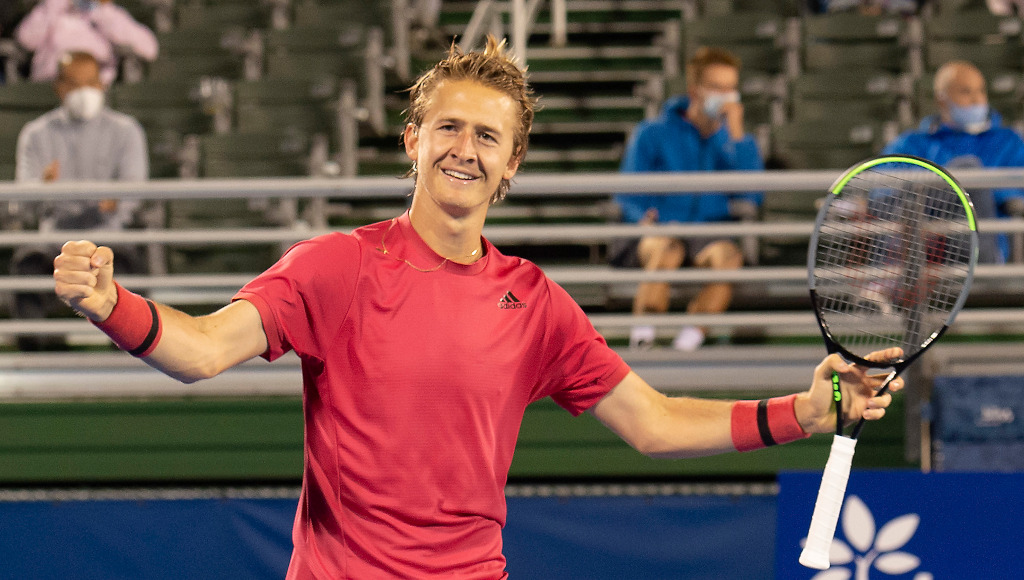 Rising star Sebastian Korda claimed his first win over a former world No 1 as he defeated Andy Murray in the quarter-final of the Gijon Open.

American Korda has already beaten a couple of big-name players this year as he defeated Carlos Alcaraz in Monte Carlo and Felix Auger-Aliassime in Estoril, and he added Murray’s name to the list with a 6-4, 1-6, 6-1 at the inaugural ATP 250 event in Spain.

Both players booked their places in the last eight on the back of three-setters and it once again went the distance, but it was the 22-year-old who finished the stronger to wrap up the win in two hours and 27 minutes.

Through to the semi-finals in Gijon! 🔥

World No 47 Korda was the dominant player early on as he broke in game three and doubled up in game seven, although Murray made him wait to take the set by claiming one break back in game eight and then saved two set points on his own serve.

The momentum shifted in the second set as Murray was quick out of the blocks with breaks in games two and four to take it to a third set.

The roles were reversed in the decider set as Korda raced into a 5-0 lead with two early breaks and then served it out to love.

“I was actually playing well, he was just winning the important games,” Korda said of his second-set blip.

He will meet the unseeded Arthur Rinderknech for a place in the final after the Frenchman stunned second seed Pablo Carreno Busta 4-6, 6-3, 7-6 (18-16) in a dramatic match.

Rinderknech saved nine match points while he himself had five match points saved before he got over the finish line at the sixth time of asking.

“Unbelievable to play in front of a crowd like this. It was unbelievable for Pablo and tough for me but I loved it – it was just an incredible atmosphere,” Rinderknech said.

Top seed Andrey Rublev and Dominic Thiem will contest the other semi-final after the former defeated fifth seed Tommy Paul 7-5, 6-3 in one hour and 27 minutes. 2021 US Open champion Thiem beat Francisco Cerundolo 6-4, 6-3.

“From the first match on, I have felt great on this court,” Thiem said. “A lot of control. A super nice atmosphere and I have enjoyed playing a lot since Monday. I am super happy that I am still in the tournament at the weekend and I can play another match.

“It is very important for me as I am trying to climb up the rankings. The semi-finals at an ATP [Tour] event is helping a lot.”

Thiem, who dropped out of the world top 300 after a lengthy injury layoff, is set to climb to No 132 while a tournament win could see him jump back into the top 100.