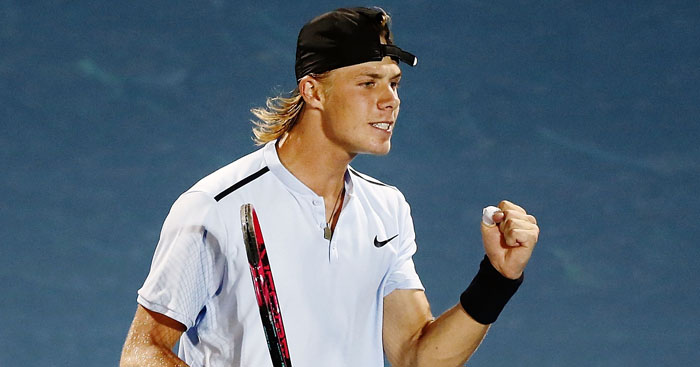 The semi-finals of Delray Beach will have a youthful look after 18-year-old Denis Shapovalov moved into the last four.

The Canadian will play either either 20-year-old Frances Tiafoe or Hyeon Chung, although will have to wait to discover who his opponent will be.

Tiafoe and Chung quarter-final was suspended after a late evening rain delay delayed their match with Chung serving down 3-5, 40-40 in the third set, with Tiafoe already having wasted three match points.

Earlier in the day, Shapovalov beat fellow youngster Taylor Fritz in his quarter-final in straight sets.

“I felt really comfortable from the warm-up. I felt really good with my timing and I returned well when I needed to.”

It will be the Canadian’s second semifinal after reaching the last four in the 2017 Rogers Cup in Montreal.

In the other semi-final, American veteran Steve Johnson will play Peter Gojowczyk, who beat Reilly Opelka in two sets.