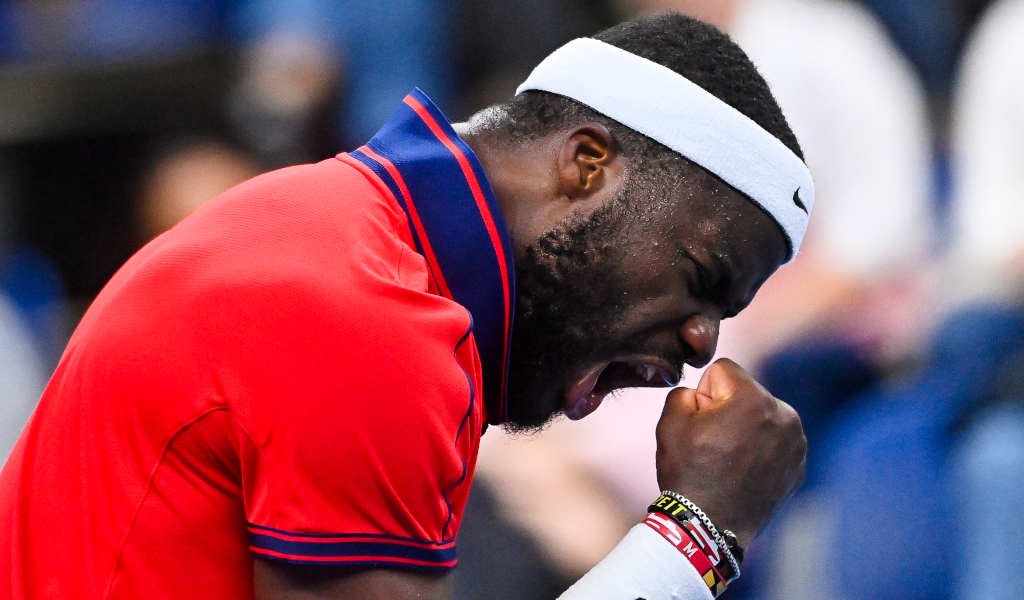 He stunned top seed Stefanos Tsitsipas in the second round of the Vienna Open, but for Frances Tiafoe it was about entertaining the spectators in the stands.

The American picked up the biggest win of his career with a come-from-behind victory over the world No 3 in Austria, winning 3-6, 6-3, 6-4 after finding himself 0-3 down in the third set.

Tiafoe’s previous best win was also against Tsitsipas as he beat the then world No 4 at Wimbledon this year.

Both players were solid on serve in the opening set with the only break point opportunity coming in game six with Tsitsipas making the most of the chance.

It was a similar story in the second set as it took until the eighth game before there was glimpse and after failing to capitalise on the first two break points, Tiafoe broke at the third time of asking to take the match to a decider.

The American then found himself up against it after losing his serve in the second game but from 0-3 down he won five games in a row as he broke twice to set up the win.

“You’ve got fans going nuts early in the match. I want to play. I want to be out there, I want to give it my all. You’ve got little kids screaming ‘Big Foe’ and that’s what it’s about,” Tiafoe said.

“It’s almost irrelevant who you’re playing. Obviously I want to beat Stefanos and these guys, it’s always good to have on the resumé. It’s been great.”

The world No 49, who came through qualifying, will face Diego Schwartzman for a place in the semi-final, but for the American it is all about having fun.

“I just love playing in a packed house. I feel at home. I feel like that’s what it’s about,” Tiafoe said. “The result is almost irrelevant sometimes. You have kids coming out, parents bring these kids out, pay their hard-earned money to come watch me play.

“I want people to have fun just like I’m having fun… I feel it’s my duty to ‘A’, bring it, give my all, but also to make sure everyone has fun. That kid at the top of the stadium, I want them going home remembering [they] watched Frances Tiafoe play and [they] had a great time.”

The winner of the Tiafoe-Schwartzman match will face either fourth seed Casper Ruud or seventh seed Jannik Sinner in the semi-final.