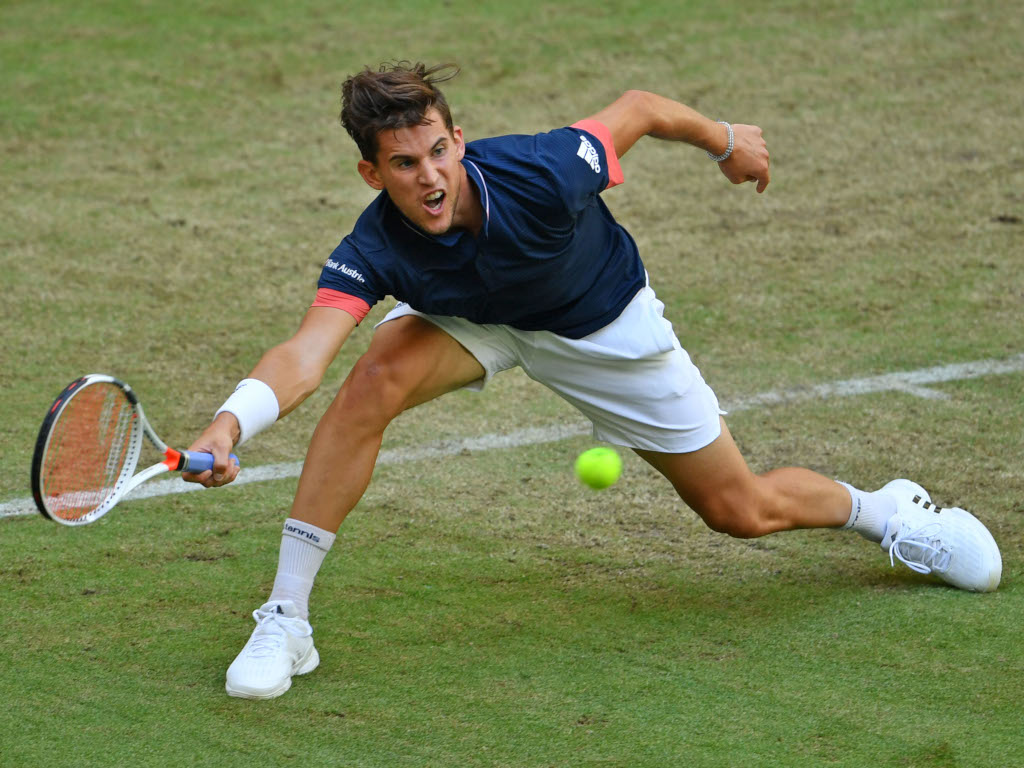 Yuichi Sugita claimed the big scalp of Dominic Thiem at the Gerry Weber Open as Kei Nishikori also crashed out.

World No 52 Sugita broke twice to race into a 4-0 lead and promptly went on to win the opening set. The third-seeded Thiem put up a better fight in the second set, but the Japanese player still claimed an impressive 6-2, 7-5 win.

Sugita will face Denis Kudla in the quarter-final after the American beat Stefanos Tsitsipas 6-3, 6-4.

Seventh seed Nishikori was another big-name casualty as he was beaten in straight sets by #NextGen star Karen Khachanov.

The Russian produced a near faultless display as he broke twice in each set to set up a 6-2, 6-2 win.

A spotless performance from @karenkhachanov 👌🇷🇺

Khachanov will take on Roberto Bautista in the last eight after the Spaniard secured a 6-4, 7-5 victory over Robin Haase from the Netherlands.

Nikoloz Basilashvili, meanwhile, set up a quarter-final clash with Borna Coric as he beat Rudolf Molleker 6-4, 7-6 (7-5).