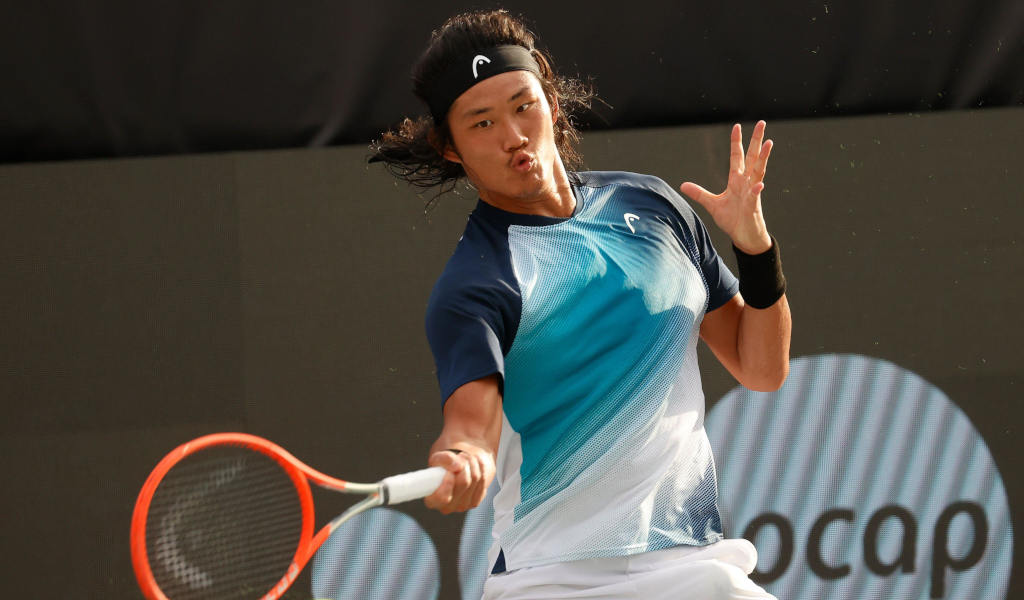 Zhang Zhizhen is about to become the first Chinese man to break into the ATP top 100 thanks to a run to the last eight in Naples.

American Mackenzie McDonald downed Zhang on Friday at the ATP 250 event that has been plagued by court issues and scorching heat..

Zhang would have guaranteed history had he beaten American McDonald.

However, results in other tournaments have since ensured he will make the top 100 regardless of his 6-4, 3-6, 2-6 defeat in Naples.

The ATP has confirmed that the 26-yea-old Zhang can fall no lower than 100 and is projected to be world number 97 once the rankings are officially updated on Monday.

Zhang started this week at a career-high 109 in the world and in his match on Friday was bidding to become the second Chinese man to reach a tour-level semi-final in the open era — or since 1968 — after Pan Bing in Seoul in 1995.

Fortunately for Zhang he was almost certain to crack the top 100 just by making the last eight at the Napoli Cup.

Zhang would have needed a series of players to either win titles or make finals this week to stop him reaching a landmark ranking and making history for China.

Chinese women have a richer history in professional tennis with a clutch of top 50 players and the standout performance of Li Na, who won the French Open in 2011.

Zhang’s achievement provides Naples Cup organisers a diversion and is probably the highlight of a tournament in Naples which has experienced difficulties right from the delayed start.

The weekend’s qualifying matches had to ve moved to another tennis club 20 kilometres away in Pozzuoli and were played behind closed doors.

The move was prompted by player’s complains about the hard court surface in Naples, which turned out not to be waterproof which then produced major imperfections.

The court used at the previous week’s tournament in Florence was then transported down to Naples, while matches were played both there and in Pozzuoli.

This curious arrangement led to France’s Adrian Mannarino playing matches at both venues on the same day on Tuesday, shuttling through the metropolis of Naples to get to his match.

Zhang played in those troubled qualifiers to make the main draw and get the extra points from coming through tha hard way.

The Chinese No 1 had to win two matches on Thursday to reach the quarterfinals, beating both Marton Fucsovics and sixth-seed Sebastian Baez in straight sets.

The Naples Cup results see Musetti move up to No 23 and Berrettini to No 14.

Italian tennis appears to be blessed in playing talent with Jannik Sinner also ranked No 12, although the Naples Cup debacle doesn’t reflect well on the organisers.